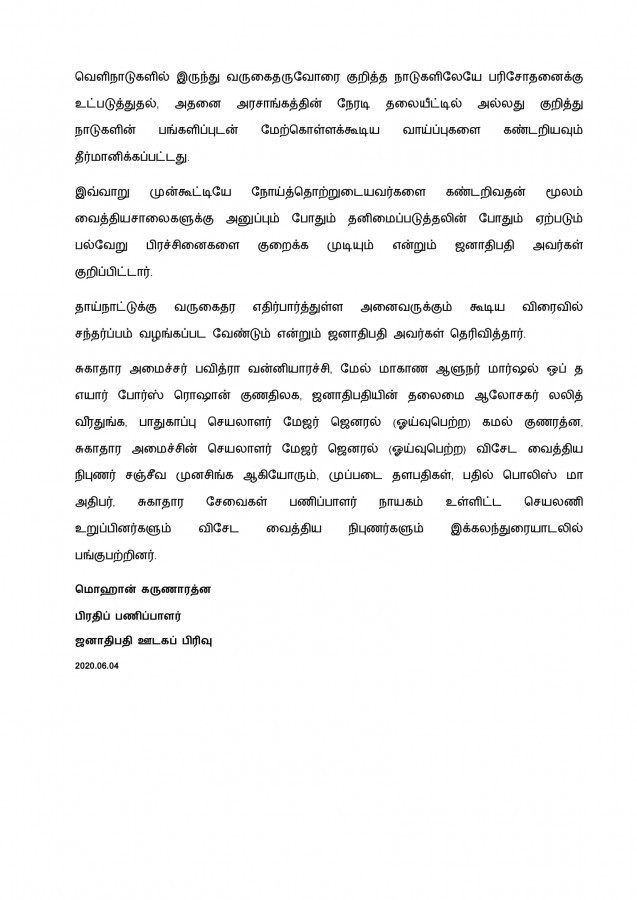 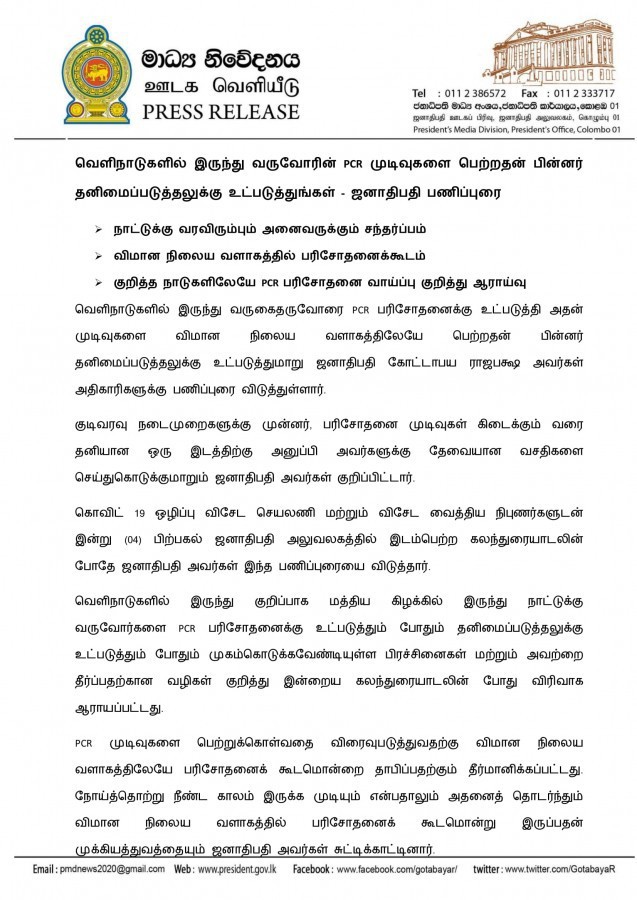 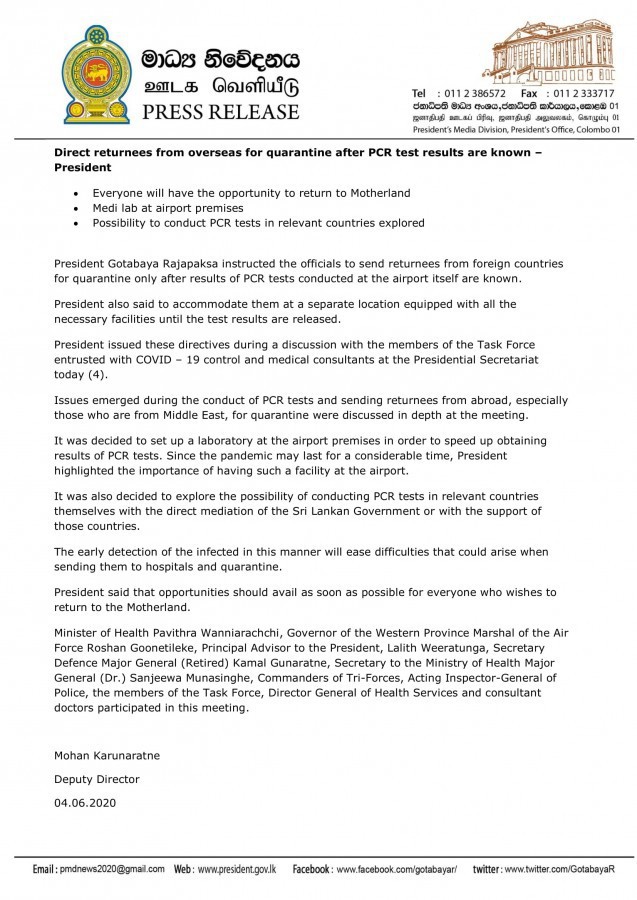 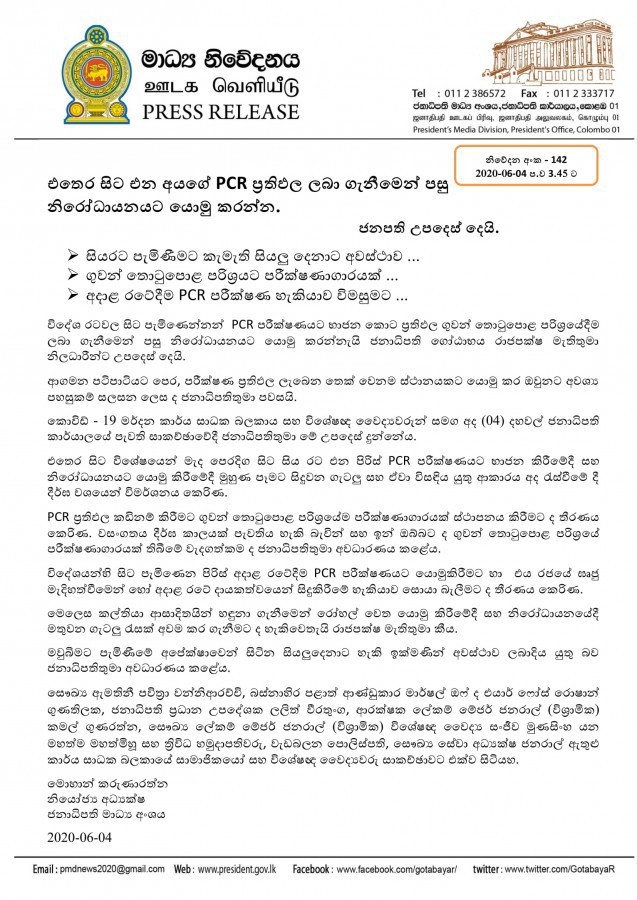 President Gotabaya Rajapaksa instructed the officials to send returnees from foreign countries for quarantine only after results of PCR tests conducted at the airport itself are known.

President also said to accommodate them at a separate location equipped with all the necessary facilities until the test results are released.

President issued these directives during a discussion with the members of the Task Force entrusted with COVID - 19 control and medical consultants at the Presidential Secretariat today (4).

Issues emerged during the conduct of PCR tests and sending returnees from abroad, especially those who are from Middle East, for quarantine were discussed in depth at the meeting.

It was decided to set up a laboratory at the airport premises in order to speed up obtaining results of PCR tests. Since the pandemic may last for a considerable time, President highlighted the importance of having such a facility at the airport.

It was also decided to explore the possibility of conducting PCR tests in relevant countries themselves with the direct mediation of the Sri Lankan Government or with the support of those countries.

The early detection of the infected in this manner will ease difficulties that could arise when sending them to hospitals and quarantine.

President said that opportunities should avail as soon as possible for everyone who wishes to return to the Motherland.