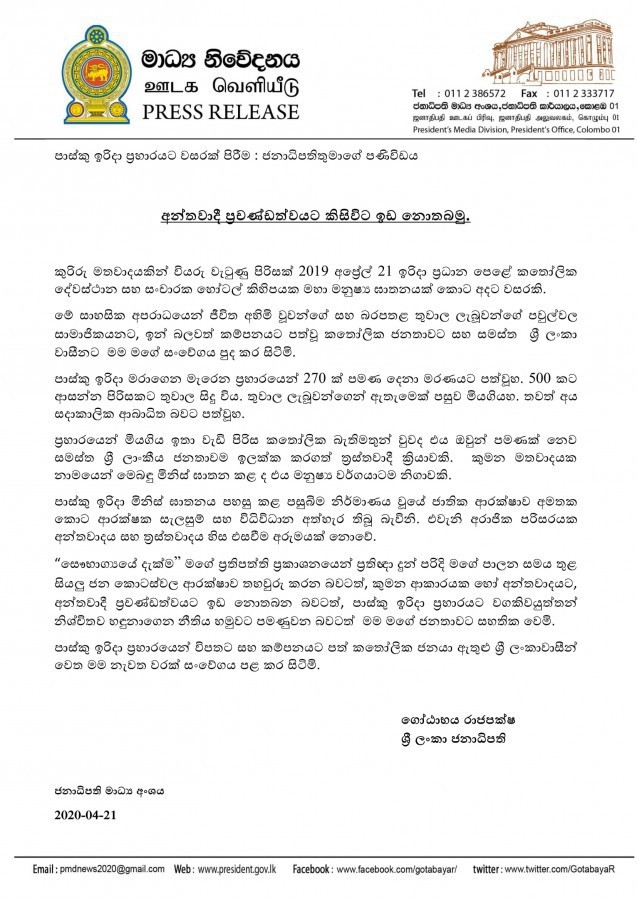 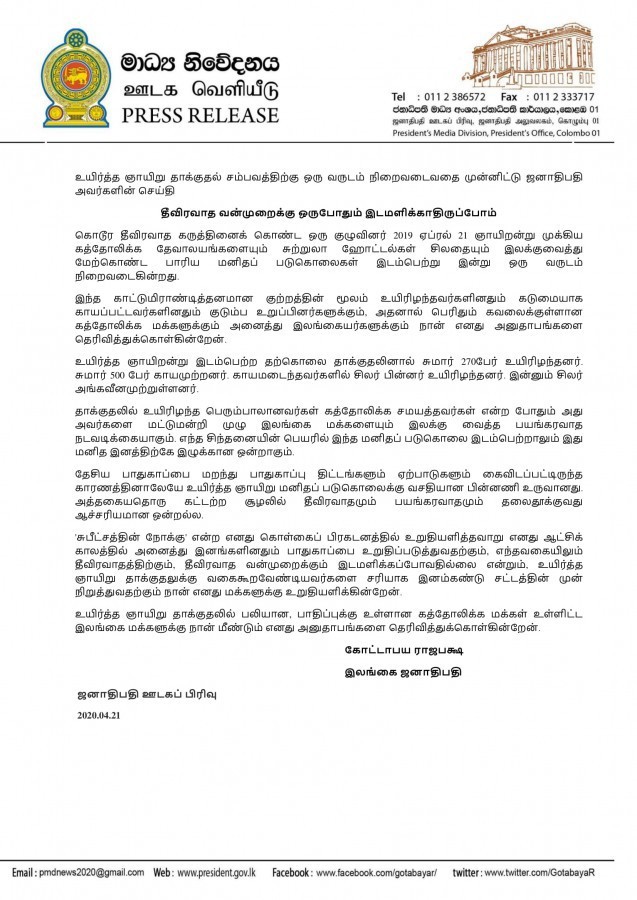 We will not let extremist violence to raise its head again

Exactly a year ago, on April 21st, 2019 a group of extremists, bent on a macabre agenda unleashed a sequence of terror targeting Catholic churches and tourist hotels.

I deeply empathize with the families of all those who lost their lives and sustained grave injuries, the Catholic community and entire Sri Lankan citizenry who were terrorized by these horrifying massacres.

Around 270 people were killed and about 500 were gravely injured in Easter Sunday attacks. Some who survived, later succumbed to their injuries after months of suffering. Some others will be disabled for life.

Even though Catholics were targeted, this was a terrorist attack against all Sri Lankan citizens. This heinous crime against humanity needs to be condemned by all without any tolerance towards this extremist ideology.

It is most unfortunate that the mechanisms that were in place to ensure national security were dismantled. When anarchy prevails, it is only natural for extremism, terrorism and all kinds of violence to raise its despicable head.

I reiterate the pledge I made in “Vistas for Prosperity” policy statement that I will ensure the safety of all communities in my country. I will not leave any room for any form of extremism, or violence from any extremists to be unleashed on my people again. I also assure you that the true perpetrators responsible for this Easter Sunday massacres will be identified and brought before the law.

I once again commiserate with all those who were adversely affected by the Easter Sunday massacres and all Sri Lankans who were deeply shocked by these barbaric acts.