Remarks Made by Hon. Dinesh Gunawardena, Foreign Minister at the Inaugural Event of the 4th NSA – Level Trilateral Meeting on Maritime Cooperation on 28 November 2020 at Taj Samudra Hotel, Colombo

Remarks Made by Hon. Dinesh Gunawardena, Foreign Minister at the Inaugural Event of the 4th NSA – Level Trilateral Meeting on Maritime Cooperation on 28 November 2020 at Taj Samudra Hotel, Colombo 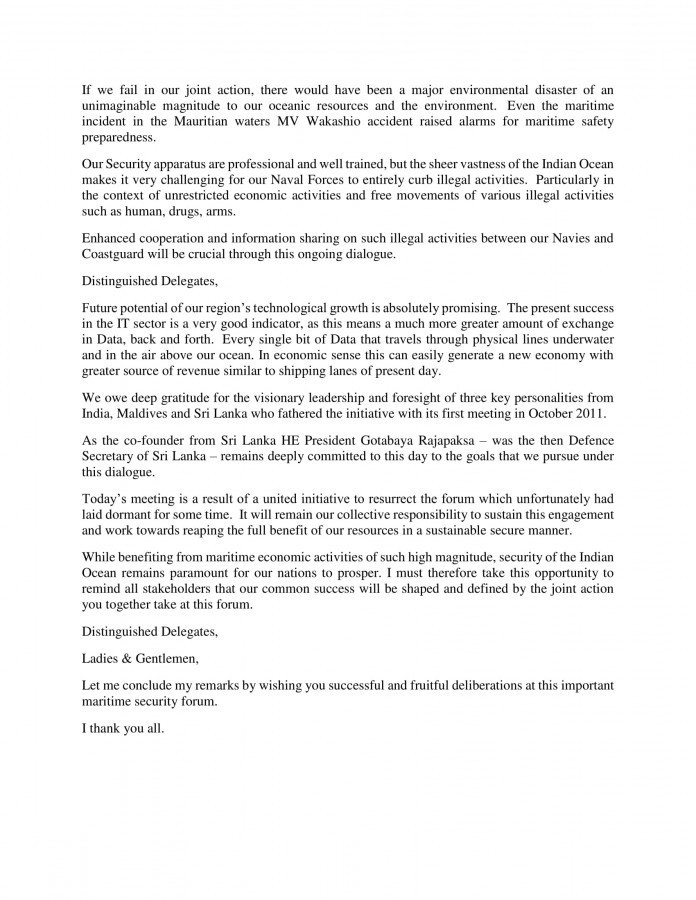 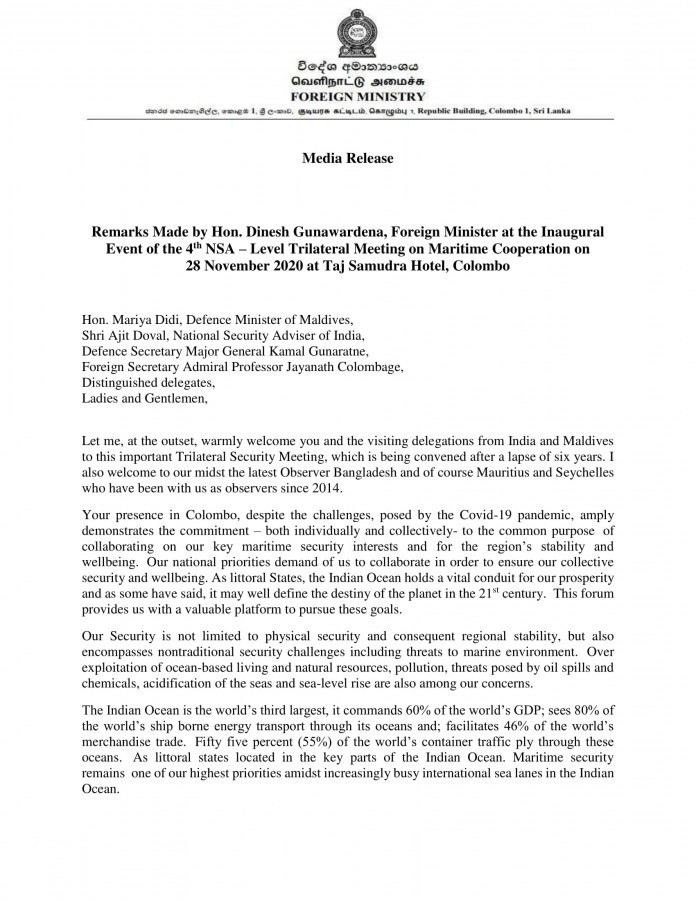 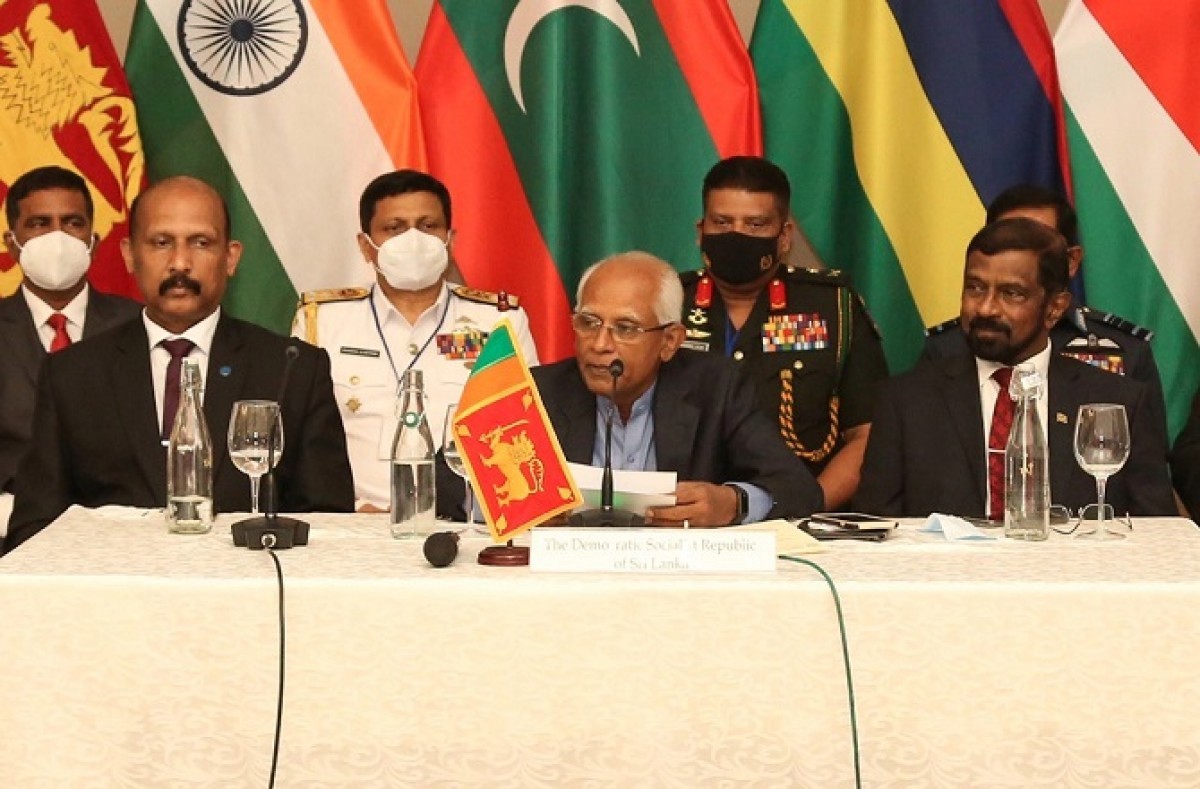 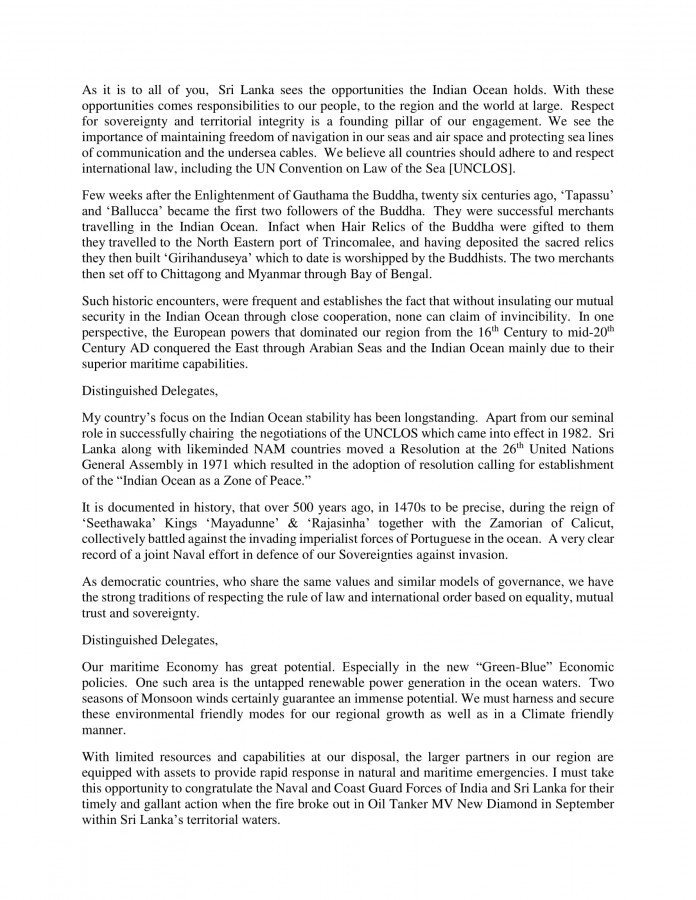 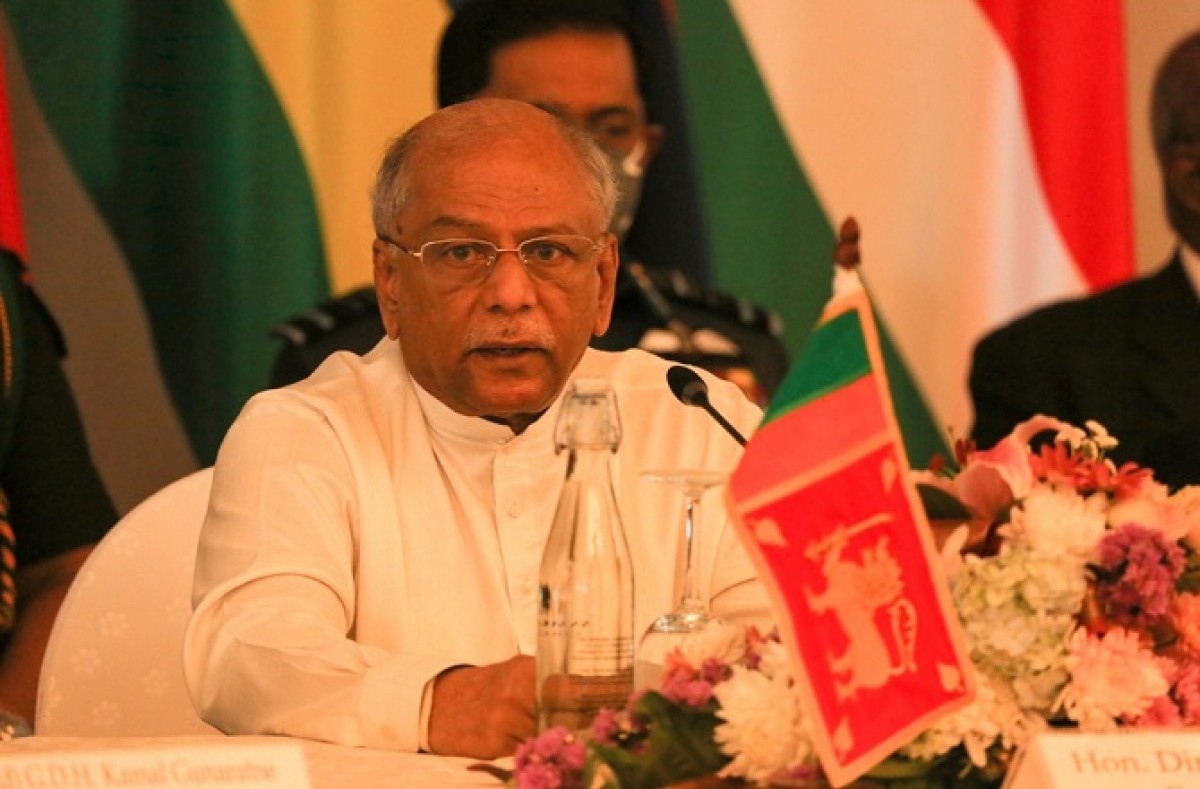 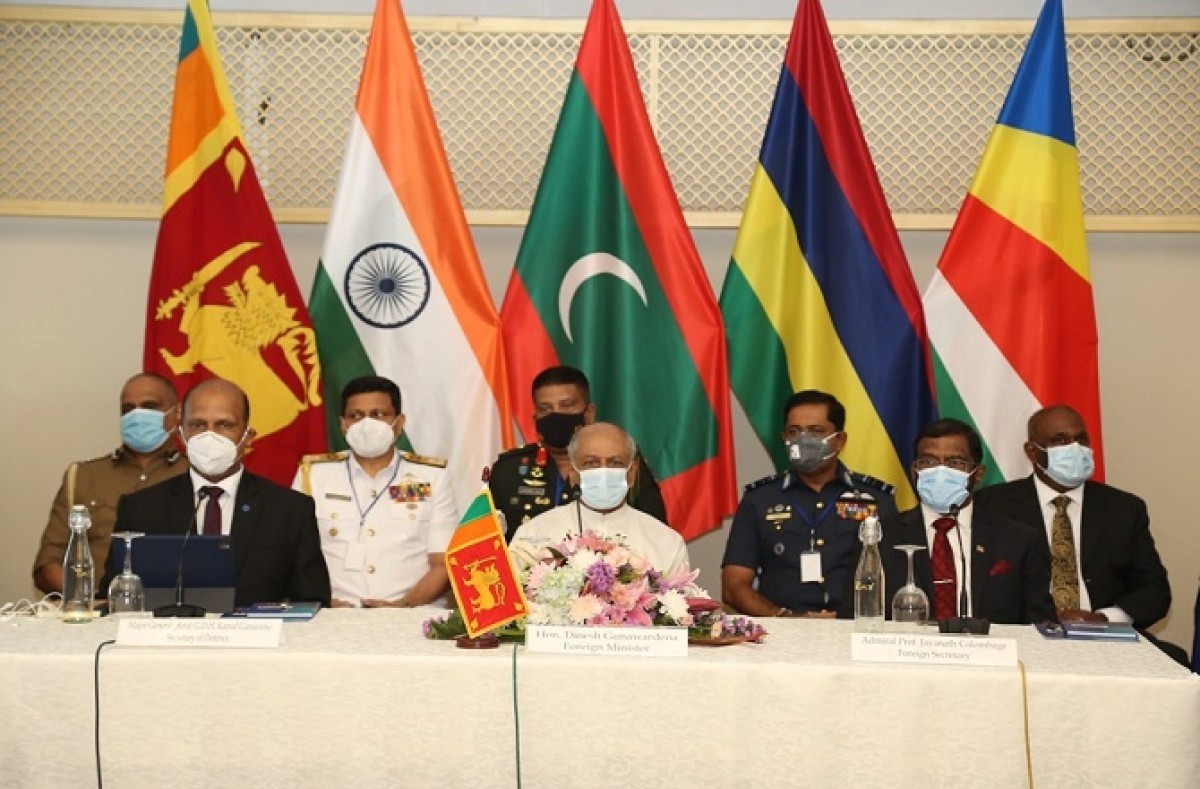 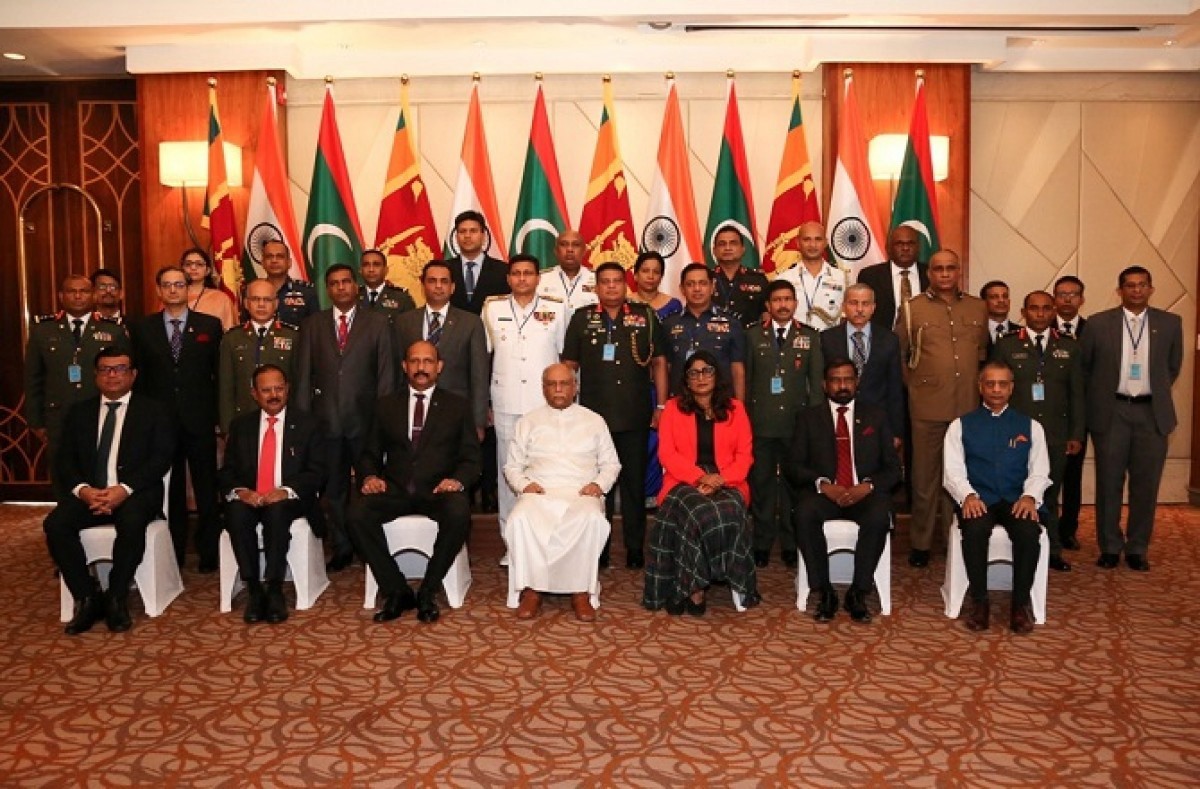 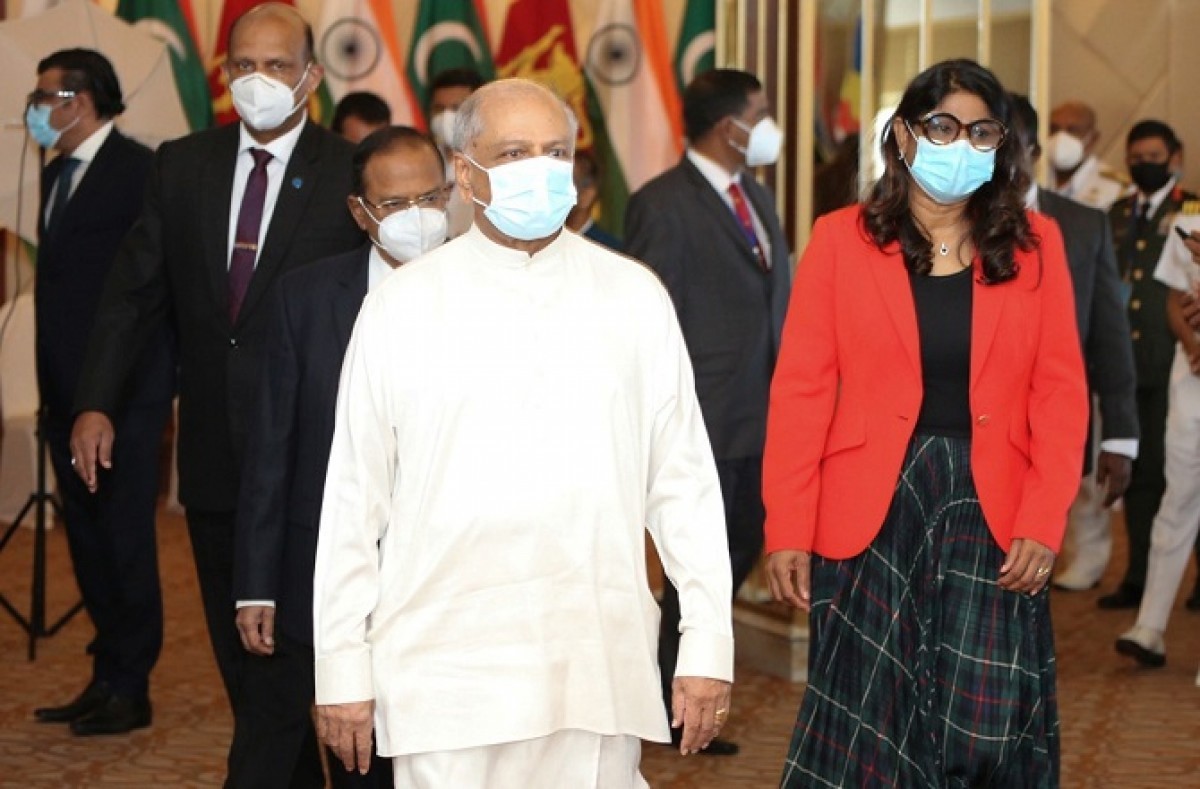 Let me, at the outset, warmly welcome you and the visiting delegations from India and Maldives to this important Trilateral Security Meeting, which is being convened after a lapse of six years. I also welcome to our midst the latest Observer Bangladesh and of course Mauritius and Seychelles who have been with us as observers since 2014.

Your presence in Colombo, despite the challenges, posed by the Covid-19 pandemic, amply demonstrates the commitment – both individually and collectively- to the common purpose  of collaborating on our key maritime security interests and for the region’s stability and wellbeing.  Our national priorities demand of us to collaborate in order to ensure our collective security and wellbeing. As littoral States, the Indian Ocean holds a vital conduit for our prosperity and as some have said, it may well define the destiny of the planet in the 21st century.  This forum provides us with a valuable platform to pursue these goals.

Our Security is not limited to physical security and consequent regional stability, but also encompasses nontraditional security challenges including threats to marine environment.  Over exploitation of ocean-based living and natural resources, pollution, threats posed by oil spills and chemicals, acidification of the seas and sea-level rise are also among our concerns.

As it is to all of you,  Sri Lanka sees the opportunities the Indian Ocean holds. With these opportunities comes responsibilities to our people, to the region and the world at large.  Respect for sovereignty and territorial integrity is a founding pillar of our engagement. We see the importance of maintaining freedom of navigation in our seas and air space and protecting sea lines of communication and the undersea cables.  We believe all countries should adhere to and respect international law, including the UN Convention on Law of the Sea [UNCLOS].

Few weeks after the Enlightenment of Gauthama the Buddha, twenty six centuries ago, ‘Tapassu’ and ‘Ballucca’ became the first two followers of the Buddha.  They were successful merchants travelling in the Indian Ocean.  Infact when Hair Relics of the Buddha were gifted to them they travelled to the North Eastern port of Trincomalee, and having deposited the sacred relics they then built ‘Girihanduseya’ which to date is worshipped by the Buddhists. The two merchants then set off to Chittagong and Myanmar through Bay of Bengal.

Such historic encounters, were frequent and establishes the fact that without insulating our mutual security in the Indian Ocean through close cooperation, none can claim of invincibility.  In one perspective, the European powers that dominated our region from the 16th Century to mid-20th Century AD conquered the East through Arabian Seas and the Indian Ocean mainly due to their superior maritime capabilities.

My country’s focus on the Indian Ocean stability has been longstanding.  Apart from our seminal role in successfully chairing  the negotiations of the UNCLOS which came into effect in 1982.  Sri Lanka along with likeminded NAM countries moved a Resolution at the 26th United Nations General Assembly in 1971 which resulted in the adoption of resolution calling for establishment of the “Indian Ocean as a Zone of Peace.”

It is documented in history, that over 500 years ago, in 1470s to be precise, during the reign of ‘Seethawaka’ Kings ‘Mayadunne’ & ‘Rajasinha’ together with the Zamorian of Calicut, collectively battled against the invading imperialist forces of Portuguese in the ocean.  A very clear record of a joint Naval effort in defence of our Sovereignties against invasion.

As democratic countries, who share the same values and similar models of governance, we have the strong traditions of respecting the rule of law and international order based on equality, mutual trust and sovereignty.

Our maritime Economy has great potential. Especially in the new “Green-Blue” Economic policies.  One such area is the untapped renewable power generation in the ocean waters.  Two seasons of Monsoon winds certainly guarantee an immense potential. We must harness and secure these environmental friendly modes for our regional growth as well as in a Climate friendly manner.

With limited resources and capabilities at our disposal, the larger partners in our region are equipped with assets to provide rapid response in natural and maritime emergencies. I must take this opportunity to congratulate the Naval and Coast Guard Forces of India and Sri Lanka for their timely and gallant action when the fire broke out in Oil Tanker MV New Diamond in September within Sri Lanka’s territorial waters.

If we fail in our joint action, there would have been a major environmental disaster of an unimaginable magnitude to our oceanic resources and the environment.  Even the maritime incident in the Mauritian waters MV Wakashio accident raised alarms for maritime safety preparedness.

Our Security apparatus are professional and well trained, but the sheer vastness of the Indian Ocean makes it very challenging for our Naval Forces to entirely curb illegal activities.  Particularly in the context of unrestricted economic activities and free movements of various illegal activities such as human, drugs, arms.

Enhanced cooperation and information sharing on such illegal activities between our Navies and Coastguard will be crucial through this ongoing dialogue.

Future potential of our region’s technological growth is absolutely promising.  The present success in the IT sector is a very good indicator, as this means a much more greater amount of exchange in Data, back and forth.  Every single bit of Data that travels through physical lines underwater and in the air above our ocean. In economic sense this can easily generate a new economy with greater source of revenue similar to shipping lanes of present day.

We owe deep gratitude for the visionary leadership and foresight of three key personalities from India, Maldives and Sri Lanka who fathered the initiative with its first meeting in October 2011.

As the co-founder from Sri Lanka HE President Gotabaya Rajapaksa – was the then Defence Secretary of Sri Lanka – remains deeply committed to this day to the goals that we pursue under this dialogue.

Today’s meeting is a result of a united initiative to resurrect the forum which unfortunately had laid dormant for some time.  It will remain our collective responsibility to sustain this engagement and work towards reaping the full benefit of our resources in a sustainable secure manner.

While benefiting from maritime economic activities of such high magnitude, security of the Indian Ocean remains paramount for our nations to prosper. I must therefore take this opportunity to remind all stakeholders that our common success will be shaped and defined by the joint action you together take at this forum.

Let me conclude my remarks by wishing you successful and fruitful deliberations at this important maritime security forum.

I thank you all.