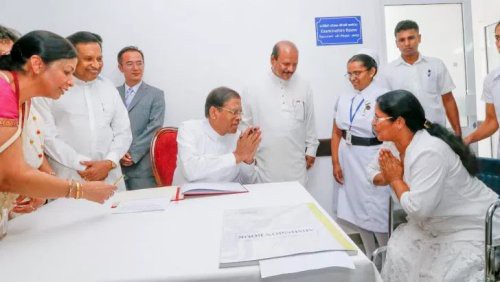 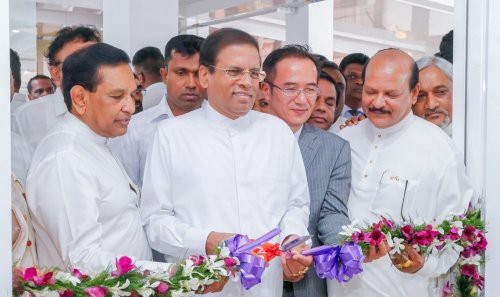 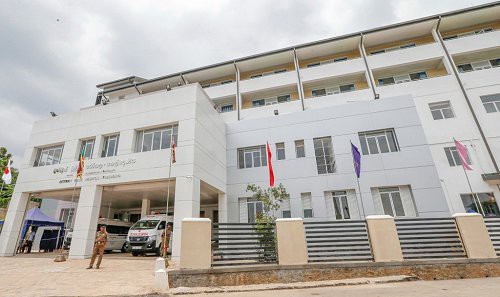 Sri Lankan President Maithripala Sirisena says the government’s program to create an alcohol and tobacco free nation has been successful as the revenues from the tobacco and alcohol had gone down.

The President said for the first time in history the Treasury has reported to the Cabinet that the revenues made from tobacco and alcohol had dropped drastically. He said this is a good thing since reduced revenues means reduced consumption.

"The treasury reported the Cabinet that the income from the taxes for liqueur and cigarettes has been reduced for the first time of the history. Though this is a decrease of the income for the government, we consider it as a great investment for the future generation," he said.

According to the President the program is carried out with the sole aim to eliminate drug and alcohol menace from the youth population and for the benefit of the future generation.

He pointed out that the main benchmark of the development of a country is education and health. "A country where educated and healthy people are living is rapidly moving towards development," he said.

President Sirisena emphasized that the alcohol free drive will be continued despite the drop in national income.

The President made these remarks addressing a function held in Kandy to vest the new four storied building complex built at the Theldeniya District Base Hospital in the public.

The President on the 4th of May, 2013, as then Health Minister laid the foundation stone for the four storied building. The new complex, built under the guidance of the Ministry of Health and Indigenous Medicine with financial assistance from JICA, comprises a surgical complex, an Intensive Care Unit and a Forensic Medical Unit.

President Sirisena registered the first patient admitted to the new Wards Complex after the opening of the building.

Speaking further, the President said the main objective of the government is to lead all sections of the country towards an efficient development. The international community has come forward to provide the fullest support to Sri Lanka in every aspect for the first time in history, he noted.

"Today Sri Lanka is getting international support like never before. The government’s objective is to use that support for the development of the country."

The President also appreciated the support extended by the Japanese government without imposing any conditions to Sri Lanka.

Expressing his views on the occasion Health Minister Dr. Rajitha Senaratne declared that they will not succumb to pressure of the Government Medical Officers Association.

Message of H.E. the President on May Day

Virtual Address by H.E. the President of Sri Lanka at the BOAO Forum for Asia 2021