Sri Lankan Chicken Rice From the Hands of the Ambassadress Amza

Sri Lankan Chicken Rice From the Hands of the Ambassadress Amza 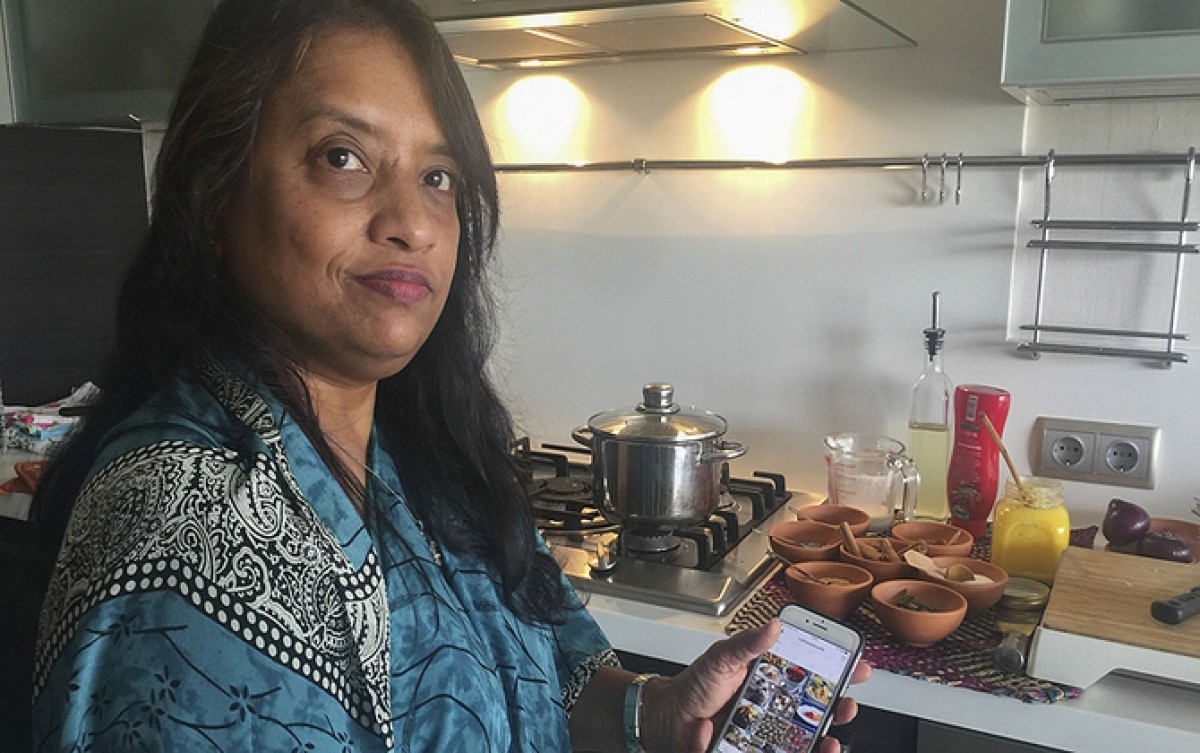 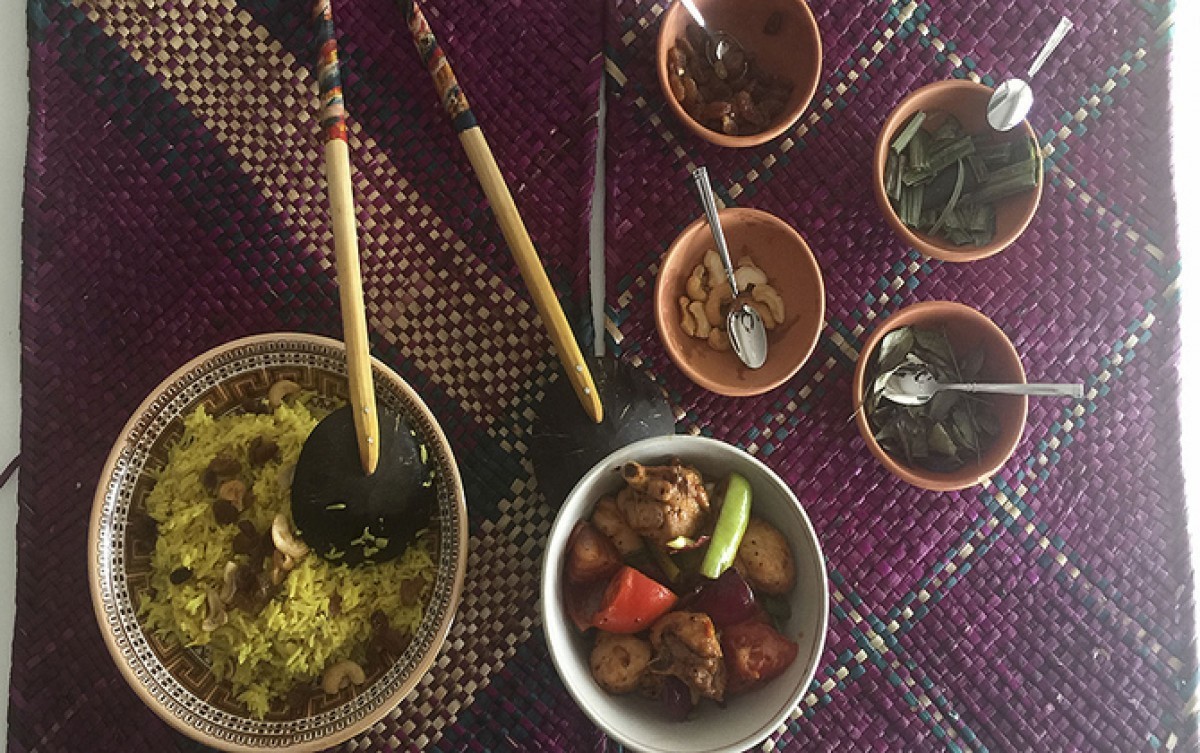 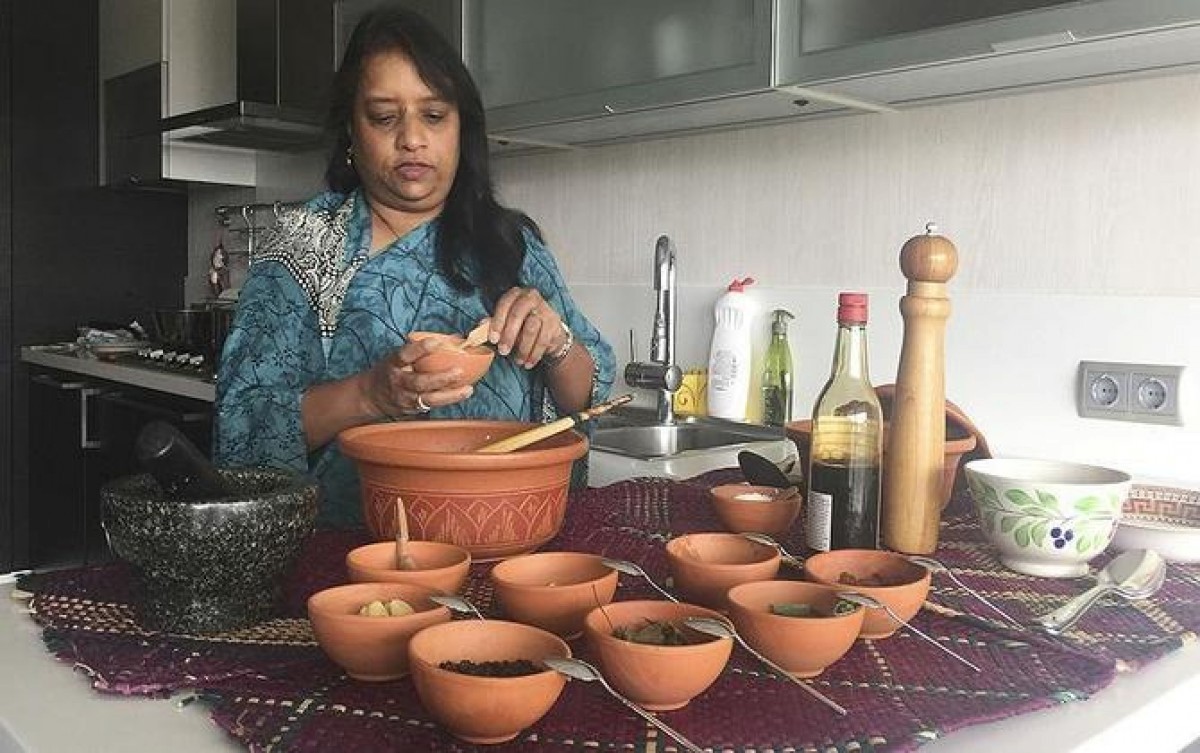 Ambassadress of Sri Lanka, entered to the kitchen, and cooked ‘’spicy chicken’’ and ‘’ yellow rice’’.

Saleema Amza, spouse of the Ambassador Sri Lanka to Ankara, Pakeer Mohideen Amza, brought the cuisine culture of her country to Turkey, and cooked ‘’spicy hot chicken and yellow rice’’ which are the famous foods of her county and shared the secrets of catching a Sri Lankan taste in the kitchen.

The ambassador and the ambassadress of Sri Lanka to Ankara expressed their impressions on Turkey, common points of two nations, and the Sri Lankan cuisine culture to an AA reporter in the ambassador’s house.

Amza expressed that they feel grateful about being in Turkey which has many diversities, also stated that Turkey is 15 times greater than Sri Lanka in terms of the surface area, and 4 times greater in terms of the population. Amza said ‘’We are excited and happy to be here. What I like most about Turkey is that people are hospitable and friendly. I always said that Turkish people have the best qualities of both West and East.’’

First of all, Ambassador Amza stated that although kebab and lokum are the most known items of the Turkish cuisine, they also enjoy other food items as a family. He did not agree to the perception that Turkish people are conservative in terms of trying new tastes and indicated that he feels pleased for the interest in the local foods served by Sri Lankan invitations.

She Makes Baklava and Muhallebi, Goes to Bazaar for Kitchen Items

Ambassadress Amza assumes cooking and teaching how to cook a passion. She participated to the interview with the food items prepared by herself: ‘’patties’’, a pastry fried after filled with chicken, meat or fish in accordance with the personal taste, actually cooked in the shape of half-moon in Sri Lanka and the ‘’double layered cake’’ composed with apricot jam.

Ms. Amza said that Turkey is a country which has friendly people and good food. She said ‘’ I love Turkish food very much and the spice sellers. I hope to learn how to cook more Turkish food. Food is my special interest field.’’

Acknowledging that she has quite often tried new Turkish recipes, Ambassadress Amza stated that ‘’I have last tried the dessert muhallebi. Before that, I tried kebab meals and baklava. I preferred ready – dough for baklava; however, I also want to learn how to make baklava by preparing the dough by myself.’’

Ms. Amza stated that she loves going to bazaars for kitchen items and said that ‘’ In a place close to our house, there arranged a bazaar for every Thursdays, and I am going there. They sell fresh vegetables and fruits, I really enjoy do shopping from there.’’

Ms. Amza stressed the fact that Sri Lankan cuisine culture depends on rice due to the climate and agricultural conditions. She said ‘’ In our country, rice has been cultivated since the early times and has become the basic food item for us. Still, especially in rural places where more energy is needed, rice is eaten for three times in a day including the breakfast, lunch and dinner. Rice is commonly consumed in Sri Lanka.’’

Ms. Amza said that spices have an important place in the Sri Lankan cuisine, also claimed that they do not prefer to eat rice alone. They prefer to add various types of curry. She said ‘’We consume the curry with green leaves like a salad, and the one that includes less spice generally with adding coconut to the vegetables. We prefer the curry with stronger spice together with fish, sea products and meat.’’

Ms. Amza told that she loves cooking very much and she shares her recipes in the blog she opened with the name ‘’saffronandvanilla’’ and on her Instagram account.

Ms. Amza acknowledged that it would be hard to cook Sri Lankan meals since it is not easy to find the local ingredients in Turkey; however, she also shared the recipes that can be cooked with the ingredients which are found in Turkey.

Ms. Amza informed that she often cooks at the kitchen of the house and walked towards the oven and cooked the spicy hot chicken and yellow rice which are the most known meals of her country.

Ms. Amza showed that a half kilogram minced chicken should be soaked into a mixture of 1 tea spoon soy sauce, half tea spoon black pepper, 1 table spoon corn flour and salt for an hour to cook a spicy chicken for four persons.

Ms. Amza put aside the fried chicken after marinating, and placed another pot on the oven. She cut an onion into four, added some garlic minced in small pieces as well as ginger, pandan and curry leaves for frying.

Ms. Amza minced two green peppers, one red pepper and one yellow pepper; later on, she added peppers, half tea spoon black pepper, one tablespoon ketchup, one tea spoon soy sauce and salt to the pot. She also added the chicken pieces she fried together with tomatoes she minced in big portions, and completed the meal with a handful of minced green onion.

The Secret of Sri Lankan ‘’Yellow Rice’’ is in the Spice

Ambassadress of Sri Lanka shared the recipe of ‘’yellow rice’’ for four persons, and washed a glass of basmati rice and soaked it twenty minutes in the water.

Ms. Amza added one tablespoon of butter to a pot, and fried a quarter of a red onion, two pieces of cordamon and clove together with a half cinnamon stick.

Ms. Amza added a minced half green pepper, garlic, ginger to the pot together with one and a half tablespoon of a mixture she prepared by mashing. Aromatic smell of the mixture was picked up in the kitchen and she added a piece of lemon grass and pandan leaf, and closed the lid for twenty minutes.

Ms. Amza also added one and a half glass of coconut milk into the pot and stated that if the spice mixture should not be visible in the rice, it can be placed into a pocket of muslin.

She added the rice soaked previously in water to the mixture together with salt, and closed the lid and waited until the rice could boiled down.

Ms. Amza prepared ‘’ the spicy hot chicken and yellow rice’’ simultaneously. She placed them on the table and shared the photos on social media for her followers. 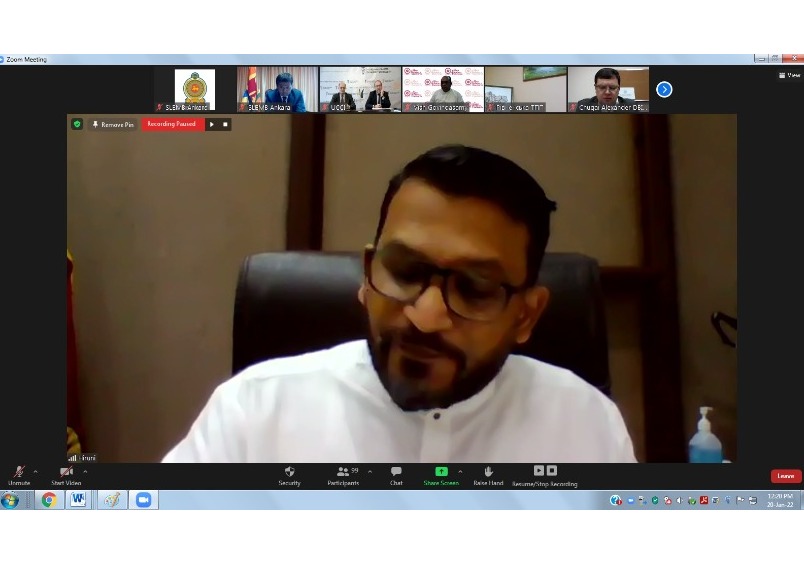 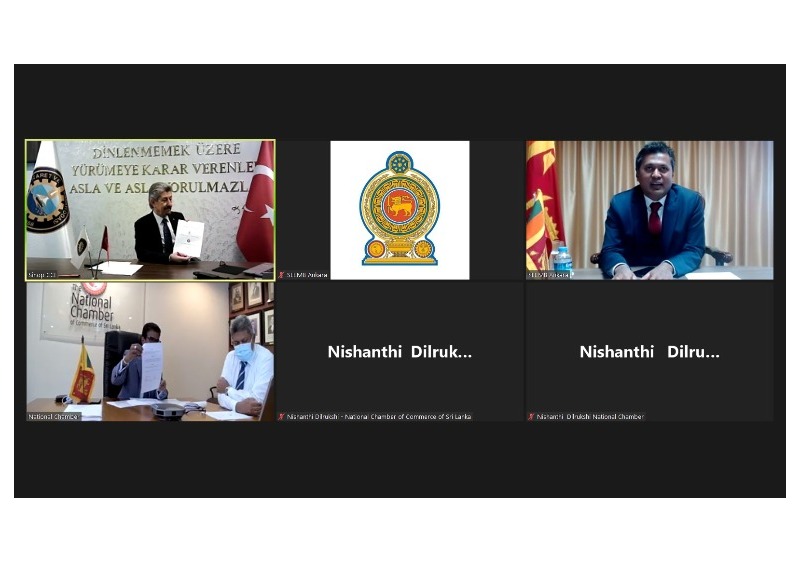 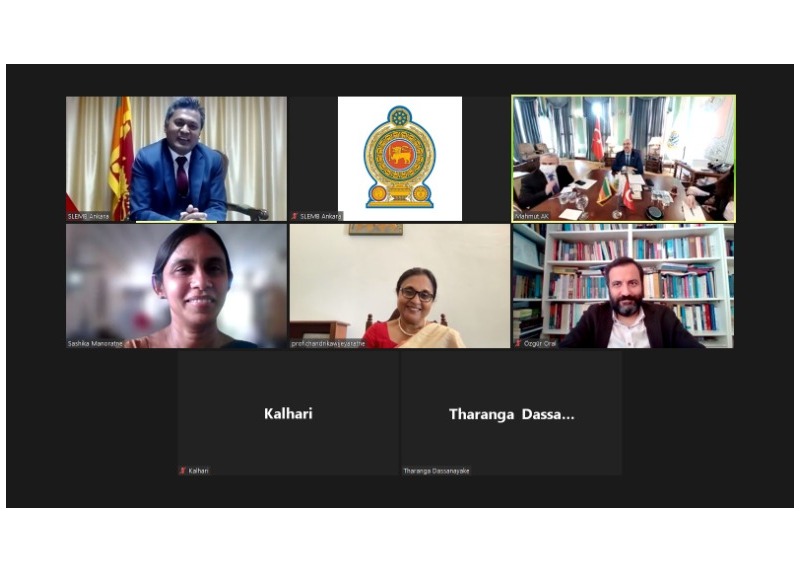