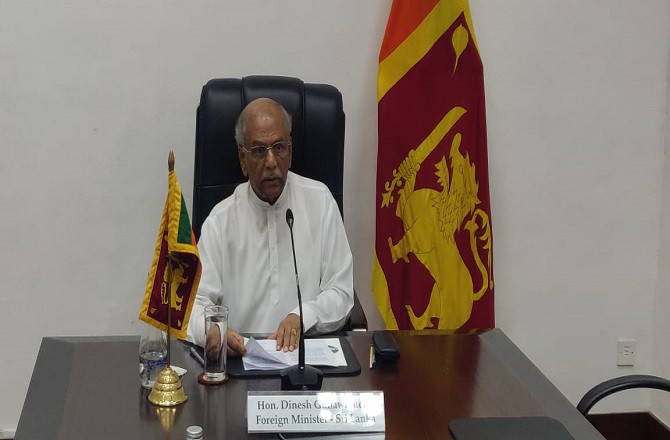 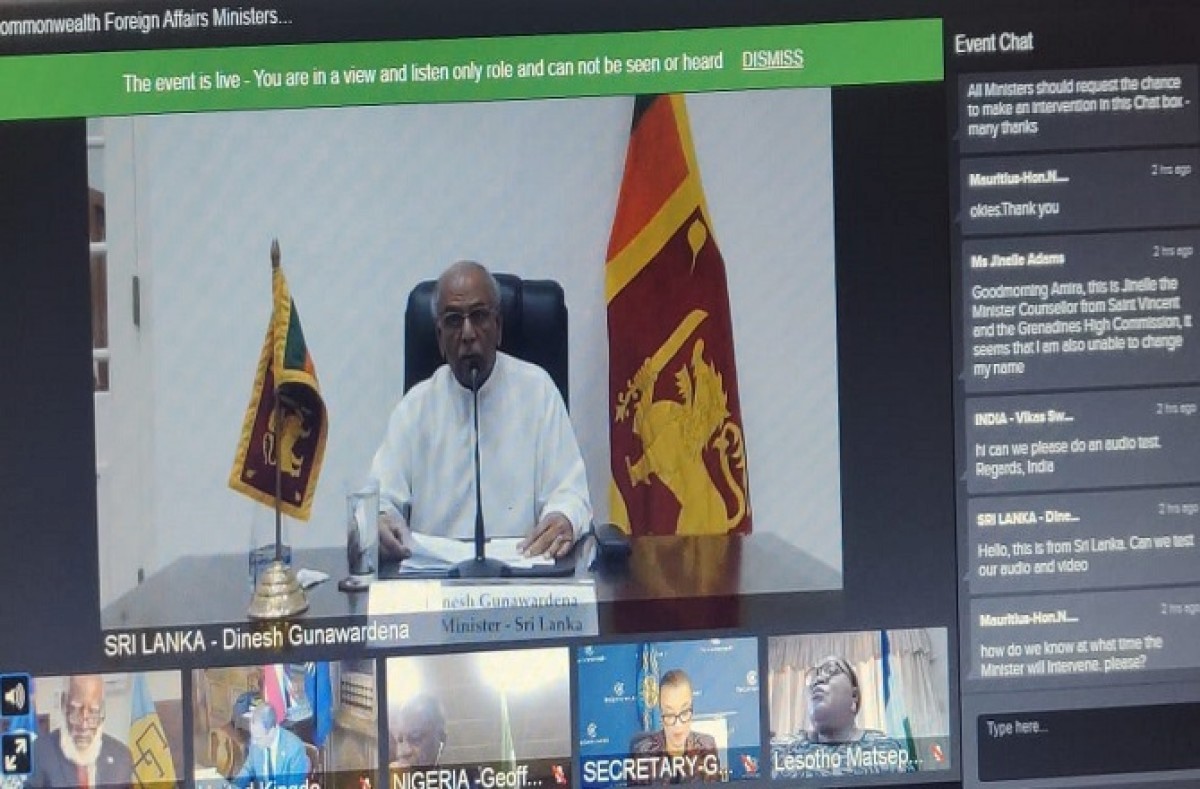 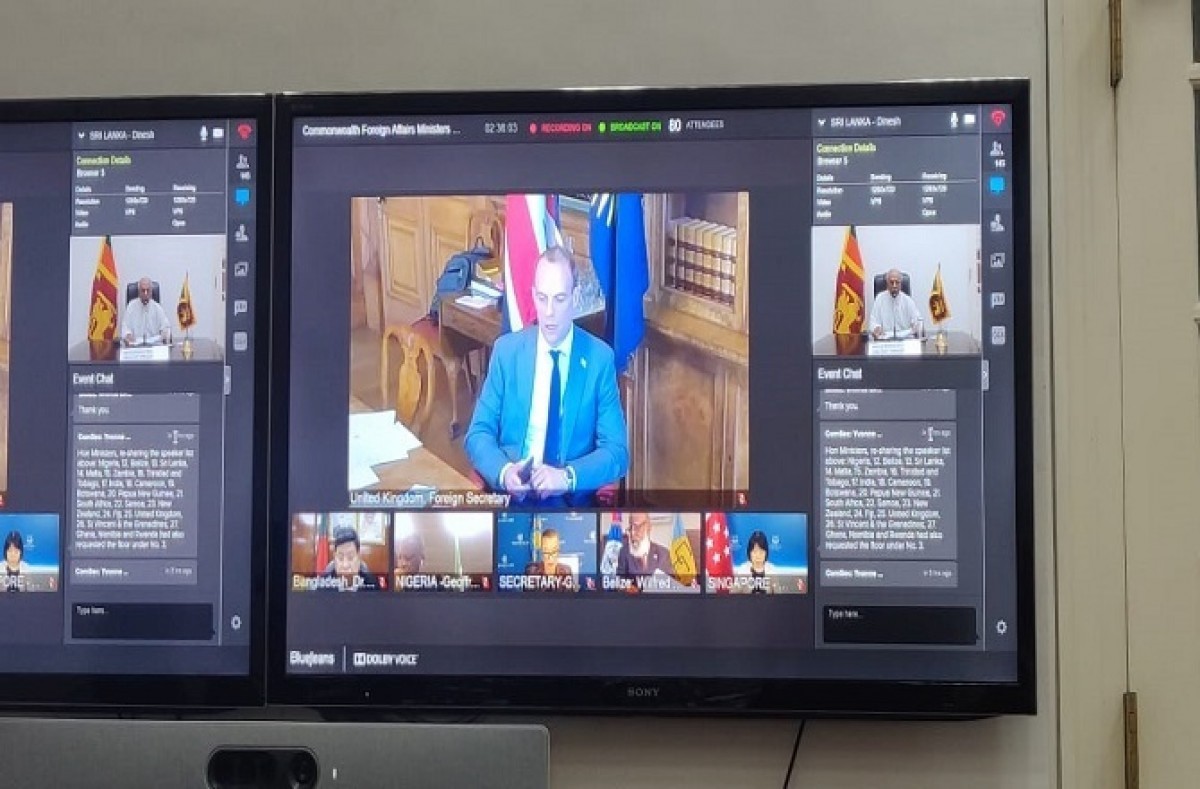 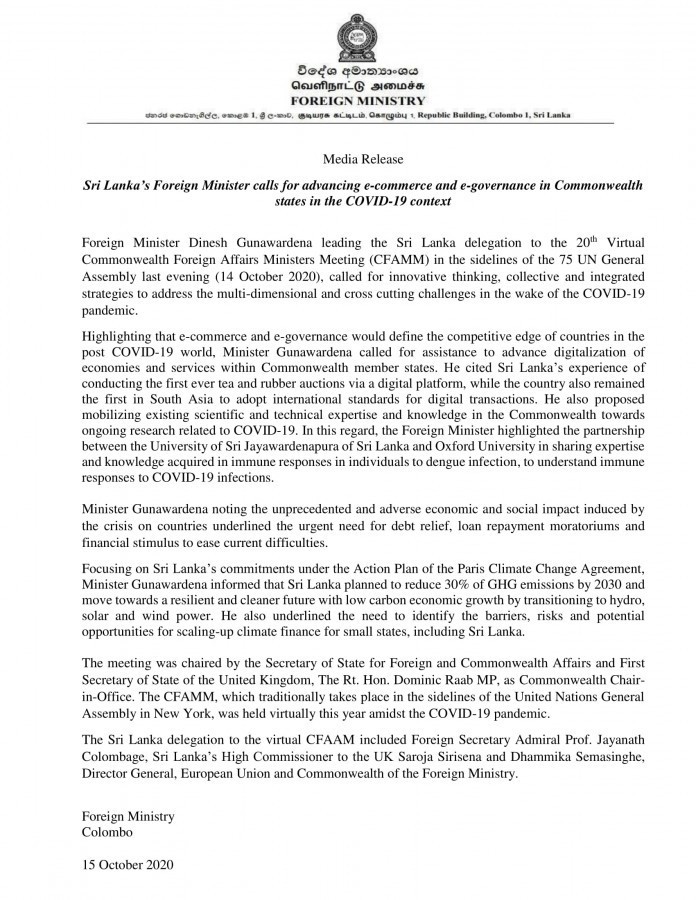 Foreign Minister Dinesh Gunawardena leading the Sri Lanka delegation to the 20th Virtual Commonwealth Foreign Affairs Ministers Meeting (CFAMM) in the sidelines of the 75 UN General Assembly last evening (14 October 2020), called for innovative thinking, collective and integrated strategies to address the multi-dimensional and cross cutting challenges in the wake of the COVID-19 pandemic.

Highlighting that e-commerce and e-governance would define the competitive edge of countries in the post COVID-19 world, Minister Gunawardena called for assistance to advance digitalization of economies and services within Commonwealth member states. He cited Sri Lanka’s experience of conducting the first ever tea and rubber auctions via a digital platform, while the country also remained the first in South Asia to adopt international standards for digital transactions. He also proposed mobilizing existing scientific and technical expertise and knowledge in the Commonwealth towards ongoing research related to COVID-19. In this regard, the Foreign Minister highlighted the partnership between the University of Sri Jayawardenapura of Sri Lanka and Oxford University in sharing expertise and knowledge acquired in immune responses in individuals to dengue infection, to understand immune responses to COVID-19 infections.
Minister Gunawardena noting the unprecedented and adverse economic and social impact induced by the crisis on countries underlined the urgent need for debt relief, loan repayment moratoriums and financial stimulus to ease current difficulties.

Focusing on Sri Lanka’s commitments under the Action Plan of the Paris Climate Change Agreement, Minister Gunawardena informed that Sri Lanka planned to reduce 30% of GHG emissions by 2030 and move towards a resilient and cleaner future with low carbon economic growth by transitioning to hydro, solar and wind power. He also underlined the need to identify the barriers, risks and potential opportunities for scaling-up climate finance for small states, including Sri Lanka.

The meeting was chaired by the Secretary of State for Foreign and Commonwealth Affairs and First Secretary of State of the United Kingdom, The Rt. Hon. Dominic Raab MP, as Commonwealth Chair-in-Office. The CFAMM, which traditionally takes place in the sidelines of the United Nations General Assembly in New York, was held virtually this year amidst the COVID-19 pandemic.