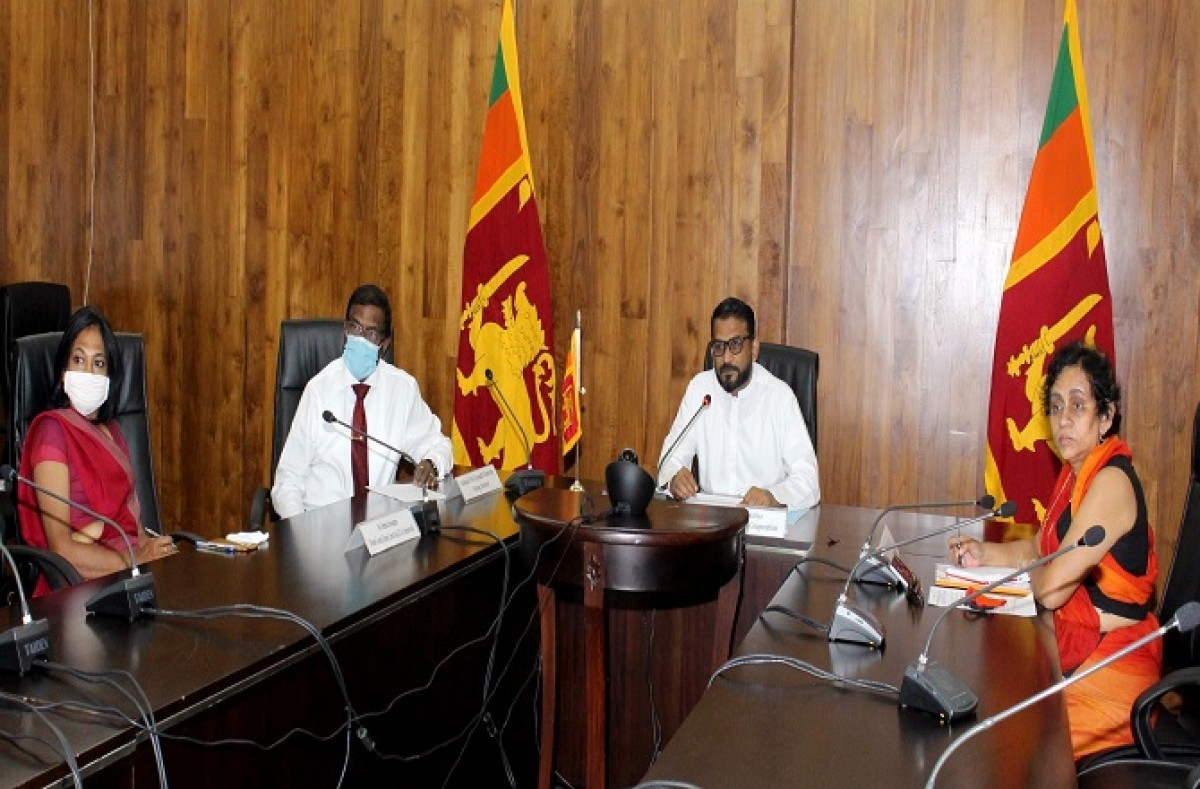 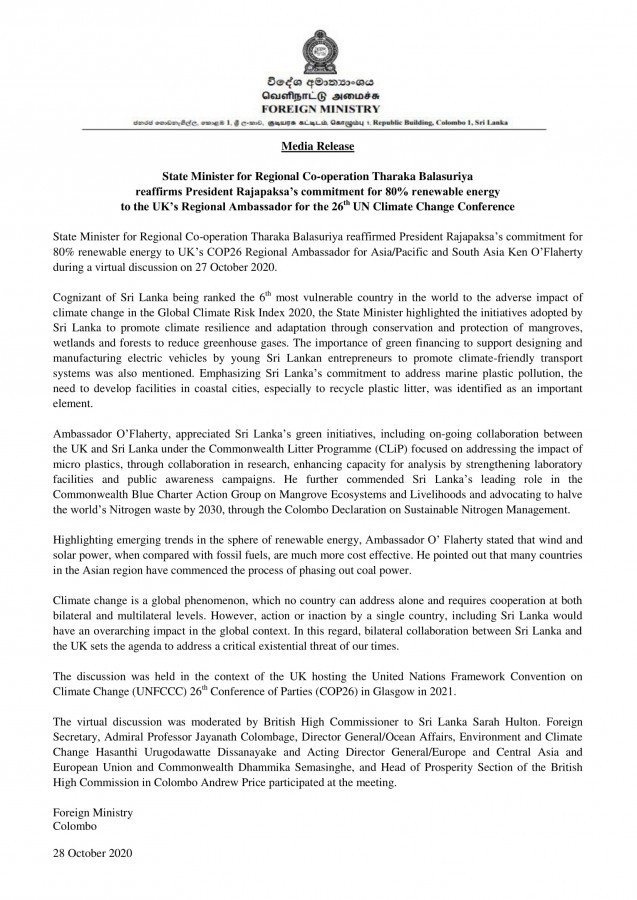 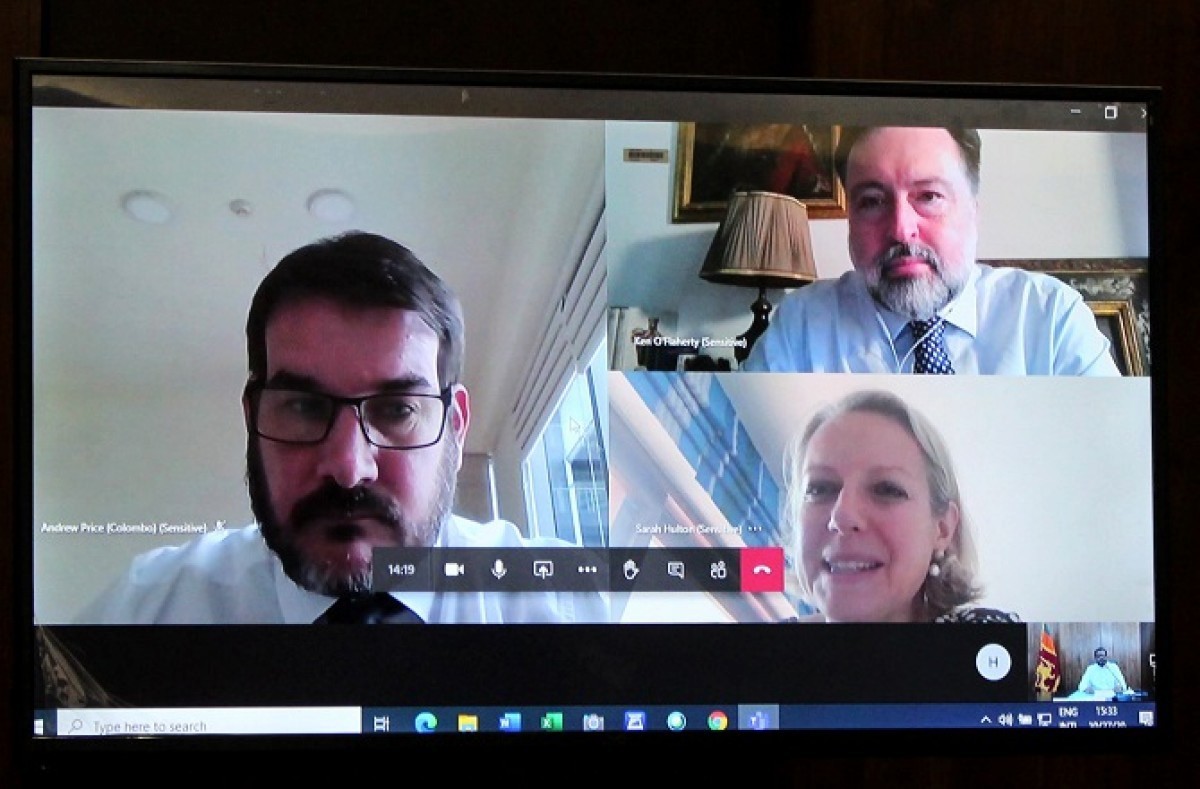 Cognizant of Sri Lanka being ranked the 6th most vulnerable country in the world to the adverse impact of climate change in the Global Climate Risk Index 2020, the State Minister highlighted the initiatives adopted by Sri Lanka to promote climate resilience and adaptation through conservation and protection of mangroves, wetlands and forests to reduce greenhouse gases. The importance of green financing to support designing and manufacturing electric vehicles by young Sri Lankan entrepreneurs to promote climate-friendly transport systems was also mentioned. Emphasizing Sri Lanka’s commitment to address marine plastic pollution, the need to develop facilities in coastal cities, especially to recycle plastic litter, was identified as an important element.

Ambassador O’Flaherty, appreciated Sri Lanka’s green initiatives, including on-going collaboration between the UK and Sri Lanka under the Commonwealth Litter Programme (CLiP) focused on addressing the impact of micro plastics, through collaboration in research, enhancing capacity for analysis by strengthening laboratory facilities and public awareness campaigns. He further commended Sri Lanka’s leading role in the Commonwealth Blue Charter Action Group on Mangrove Ecosystems and Livelihoods and advocating to halve the world’s Nitrogen waste by 2030, through the Colombo Declaration on Sustainable Nitrogen Management.

Highlighting emerging trends in the sphere of renewable energy, Ambassador O’ Flaherty stated that wind and solar power, when compared with fossil fuels, are much more cost effective. He pointed out that many countries in the Asian region have commenced the process of phasing out coal power.

Climate change is a global phenomenon, which no country can address alone and requires cooperation at both bilateral and multilateral levels. However, action or inaction by a single country, including Sri Lanka would have an overarching impact in the global context. In this regard, bilateral collaboration between Sri Lanka and the UK sets the agenda to address a critical existential threat of our times.

The discussion was held in the context of the UK hosting the United Nations Framework Convention on Climate Change (UNFCCC) 26th Conference of Parties (COP26) in Glasgow in 2021.