The Policy Statement made by H.E. the President at the inauguration of the first Session of the ninth Parliament

The Policy Statement made by H.E. the President at the inauguration of the first Session of the ninth Parliament 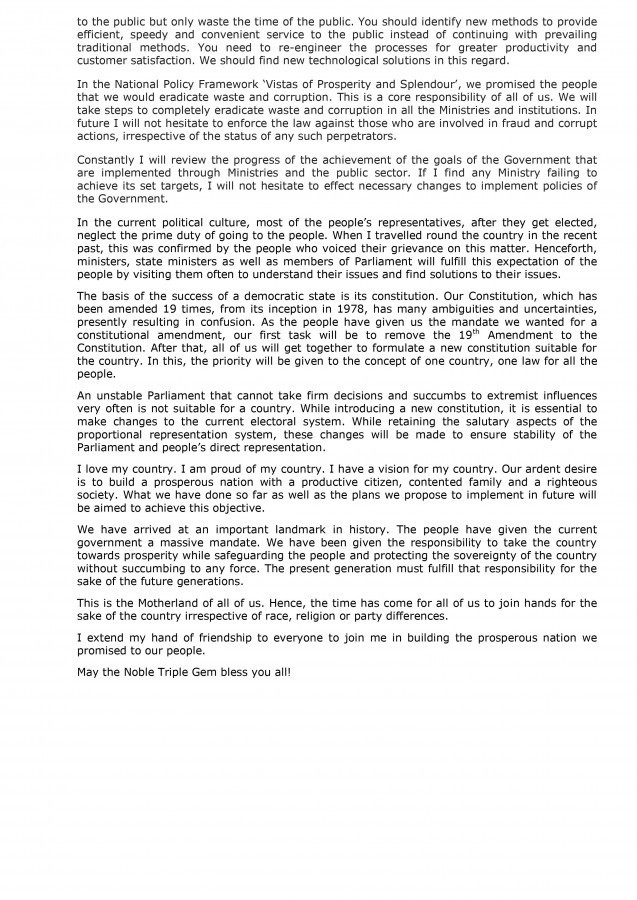 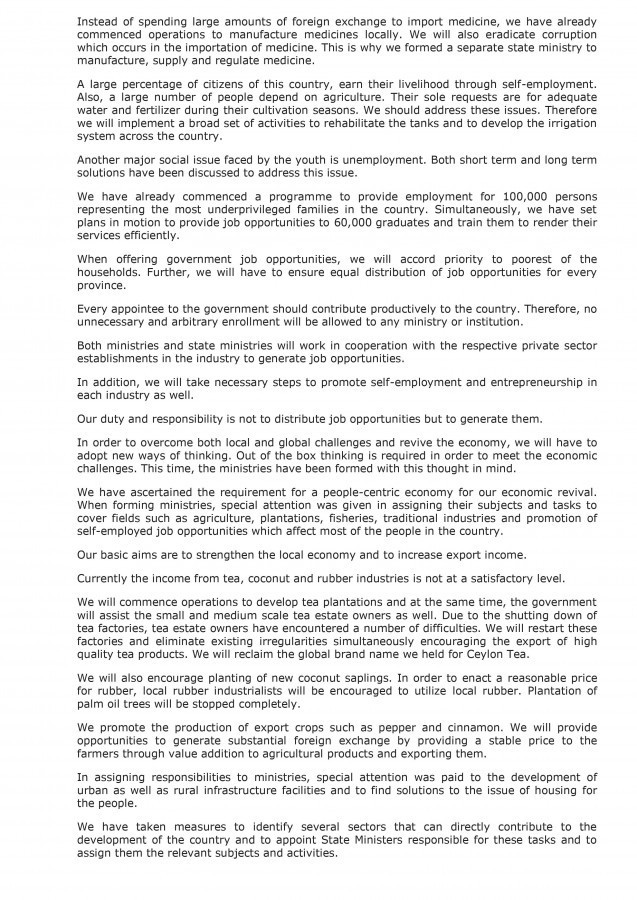 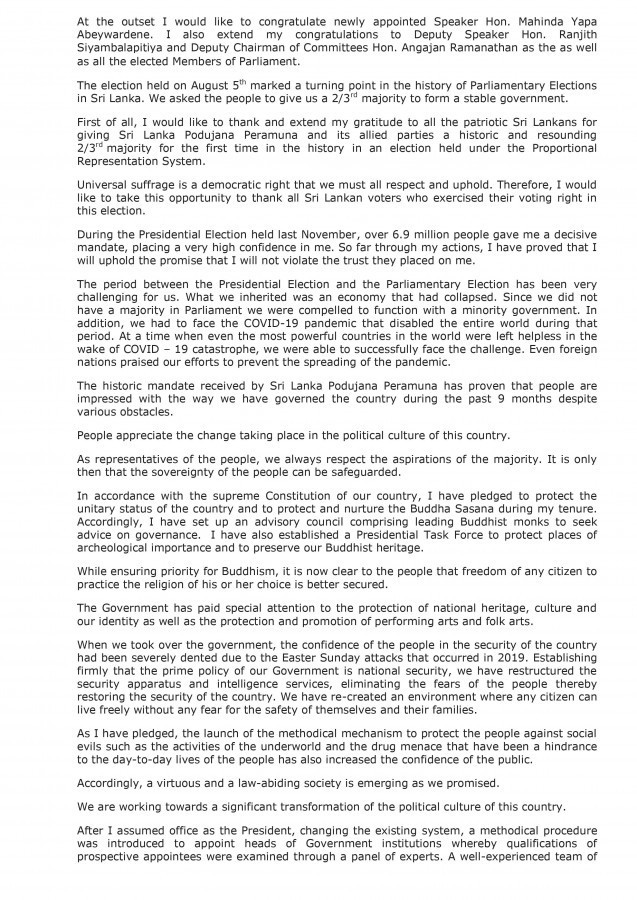 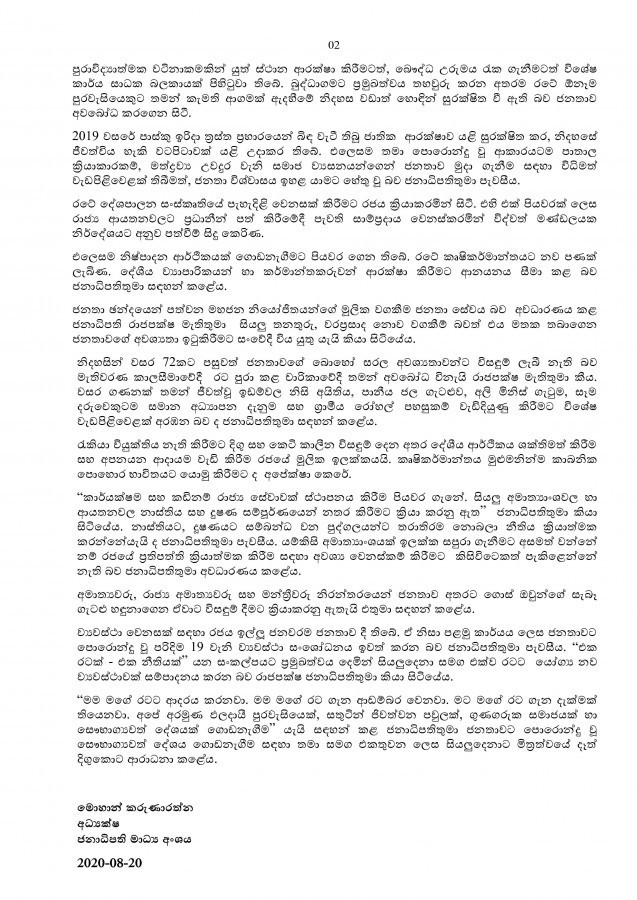 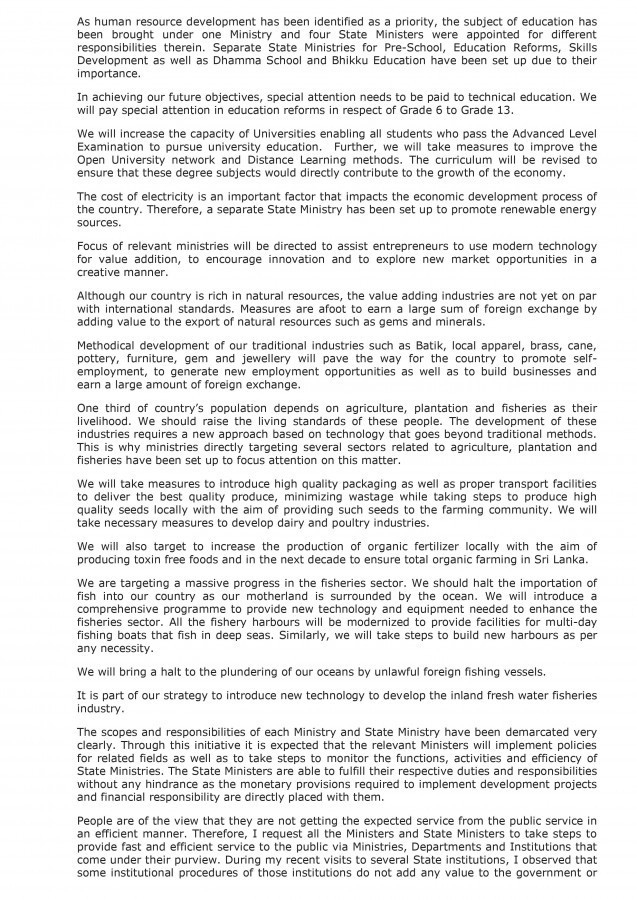 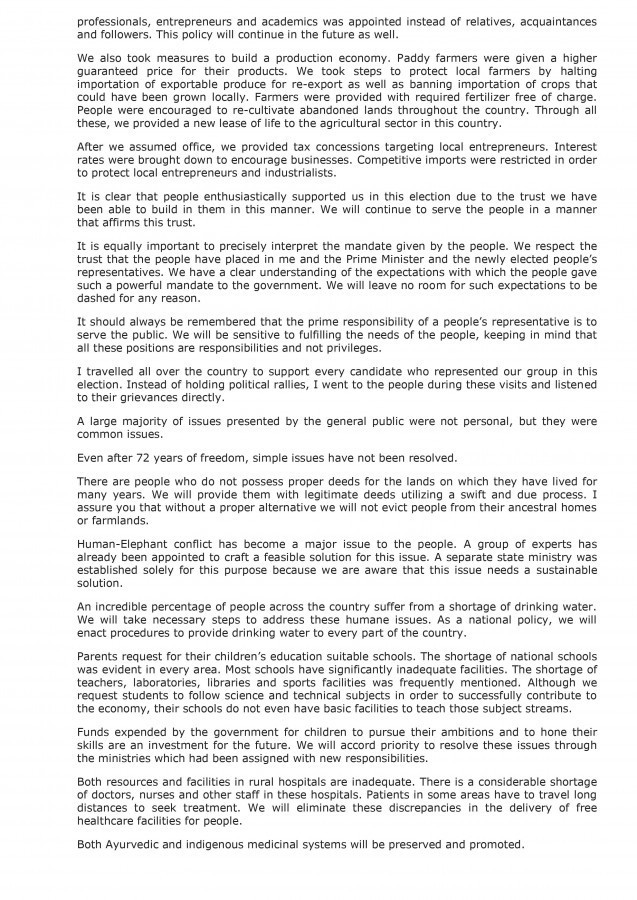 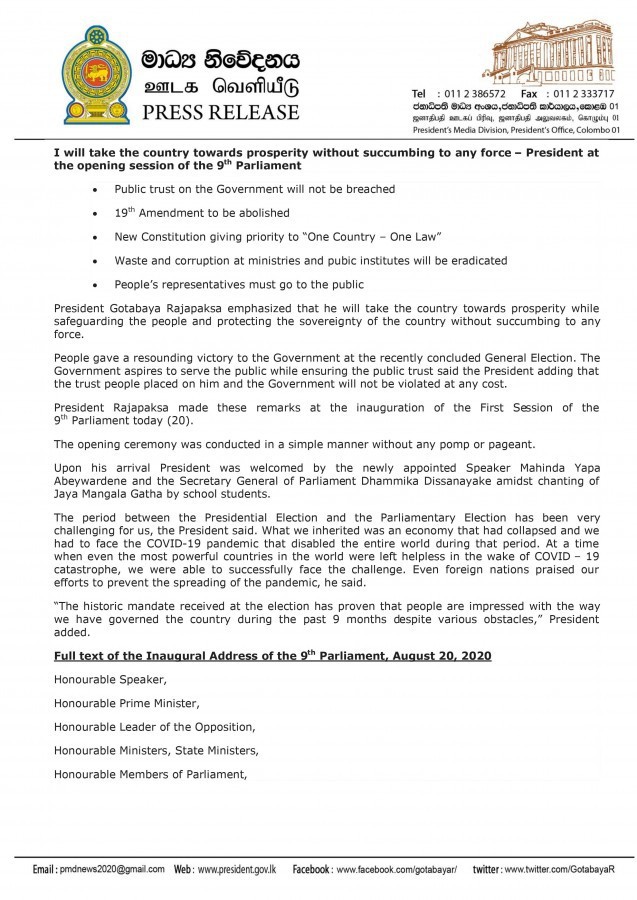 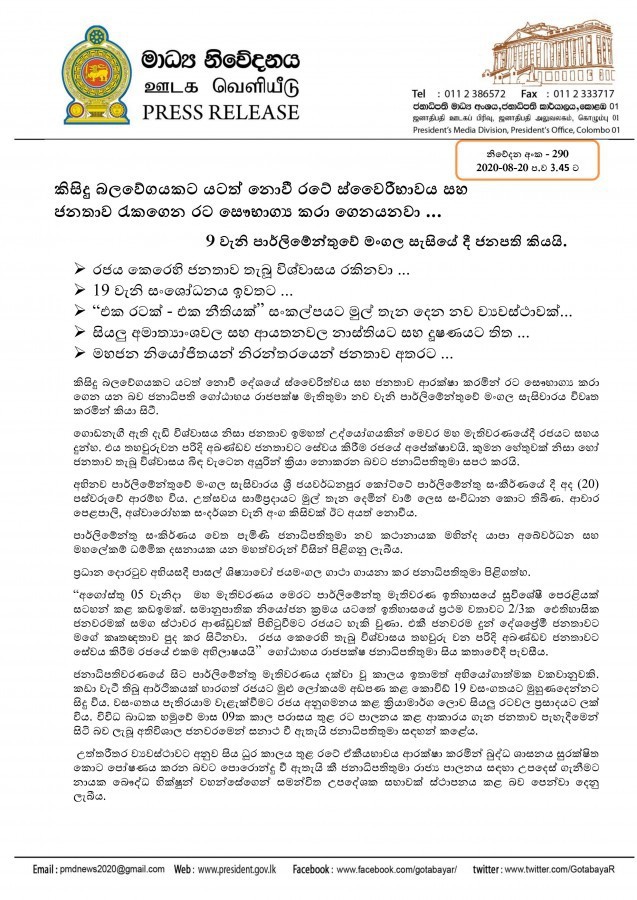 President Gotabaya Rajapaksa emphasized that he will take the country towards prosperity while safeguarding the people and protecting the sovereignty of the country without succumbing to any force.

People gave a resounding victory to the Government at the recently concluded General Election. The Government aspires to serve the public while ensuring the public trust said the President adding that the trust people placed on him and the Government will not be violated at any cost.

President Rajapaksa made these remarks at the inauguration of the First Session of the 9th Parliament today (20).

The opening ceremony was conducted in a simple manner without any pomp or pageant.
Upon his arrival President was welcomed by the newly appointed Speaker Mahinda Yapa Abeywardene and the Secretary General of Parliament Dhammika Dissanayake amidst chanting of Jaya Mangala Gatha by school students.

The period between the Presidential Election and the Parliamentary Election has been very challenging for us, the President said. What we inherited was an economy that had collapsed and we had to face the COVID-19 pandemic that disabled the entire world during that period. At a time when even the most powerful countries in the world were left helpless in the wake of COVID - 19 catastrophe, we were able to successfully face the challenge. Even foreign nations praised our efforts to prevent the spreading of the pandemic, he said.

“The historic mandate received at the election has proven that people are impressed with the way we have governed the country during the past 9 months despite various obstacles,” President added.