The Statement by Sri Lanka at the 44th Session of the Human Rights Council was made by Ms Dayani Mendis, Actg. Permanent Representative of Sri Lanka to the United Nations in Geneva on 16 July 2020.

The Statement by Sri Lanka at the 44th Session of the Human Rights Council was made by Ms Dayani Mendis, Actg. Permanent Representative of Sri Lanka to the United Nations in Geneva on 16 July 2020. 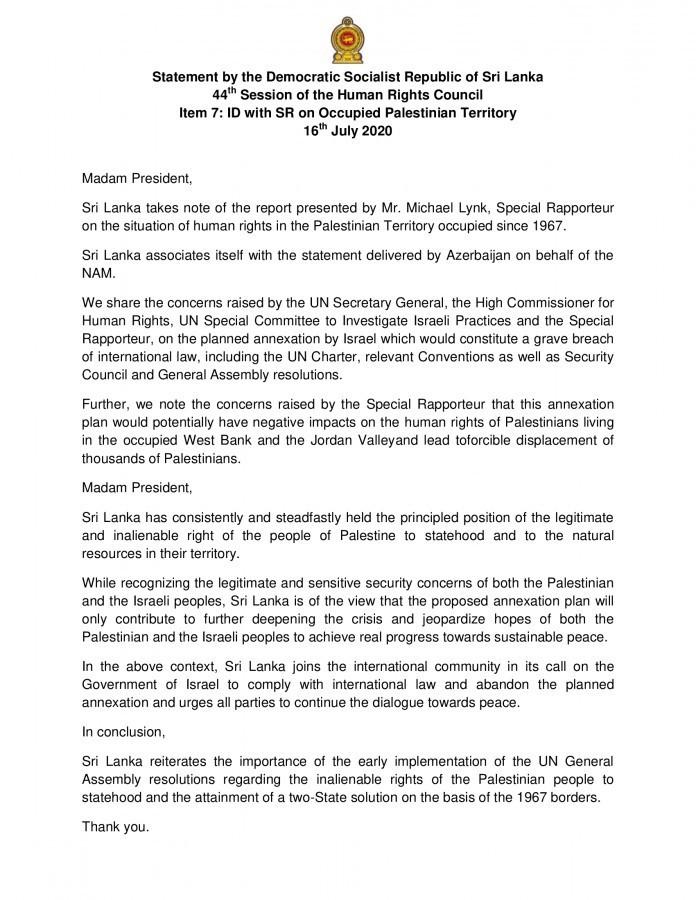 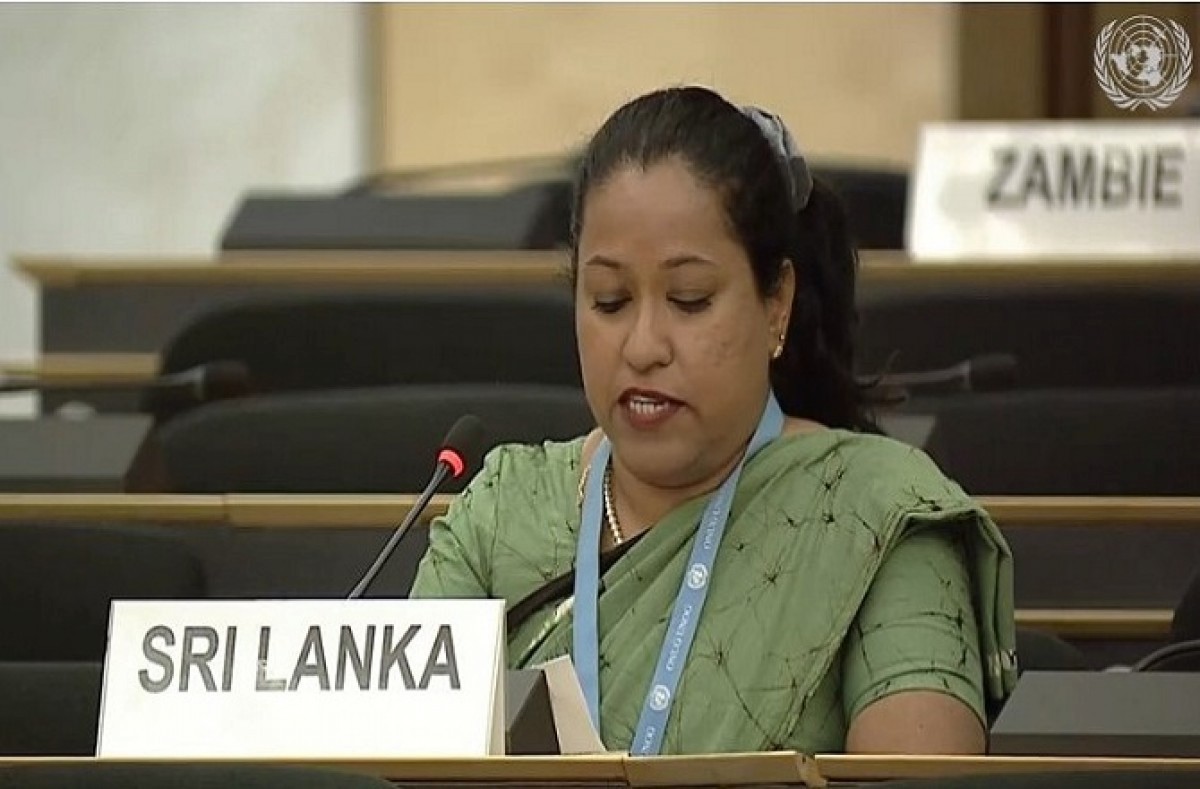 Statement by the Democratic Socialist Republic of Sri Lanka

Sri Lanka takes note of the report presented by Mr. Michael Lynk, Special Rapporteur on the situation of human rights in the Palestinian Territory occupied since 1967.

Sri Lanka associates itself with the statement delivered by Azerbaijan on behalf of the NAM.

We share the concerns raised by the UN Secretary General, the High Commissioner for Human Rights, UN Special Committee to Investigate Israeli Practices and the Special Rapporteur, on the planned annexation by Israel which would constitute a grave breach of international law, including the UN Charter, relevant Conventions as well as Security Council and General Assembly resolutions.

Further, we note the concerns raised by the Special Rapporteur that this annexation plan would potentially have negative impacts on the human rights of Palestinians living in the occupied West Bank and the Jordan Valleyand lead toforcible displacement of thousands of Palestinians.

Sri Lanka has consistently and steadfastly held the principled position of the legitimate and inalienable right of the people of Palestine to statehood and to the natural resources in their territory.

In the above context, Sri Lanka joins the international community in its call on the Government of Israel to comply with international law and abandon the planned annexation and urges all parties to continue the dialogue towards peace.

Sri Lanka reiterates the importance of the early implementation of the UN General Assembly resolutions regarding the inalienable rights of the Palestinian people to statehood and the attainment of a two-State solution on the basis of the 1967 borders.