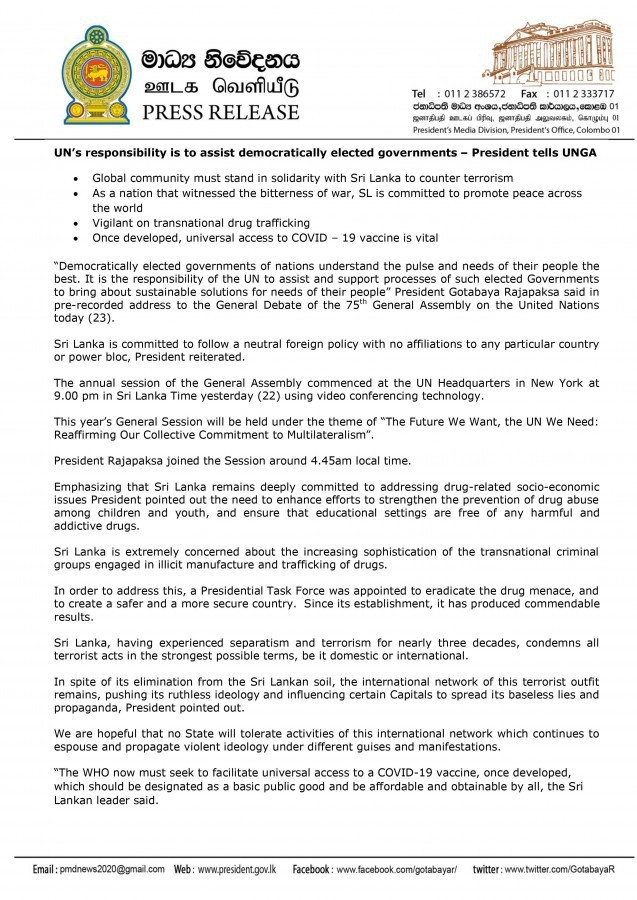 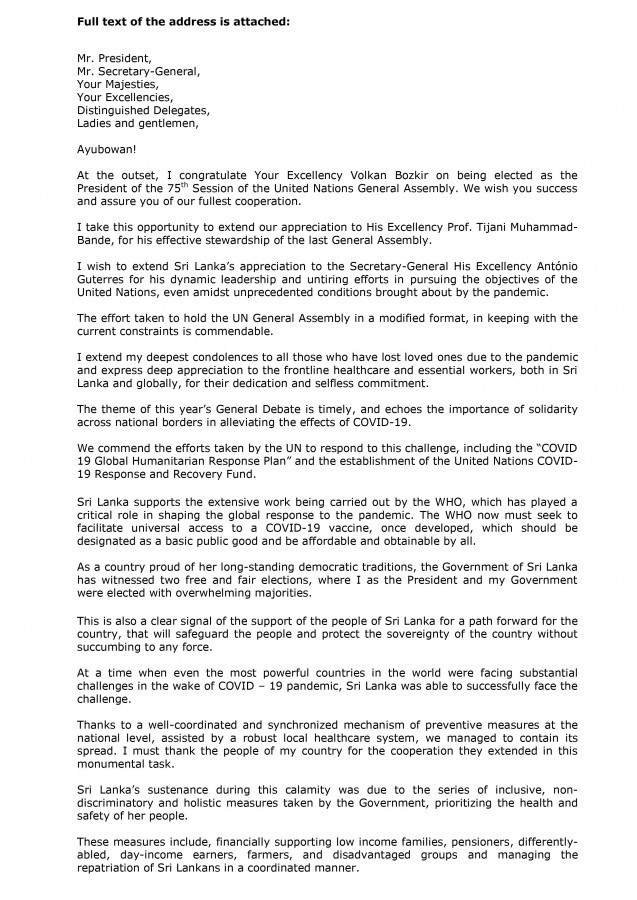 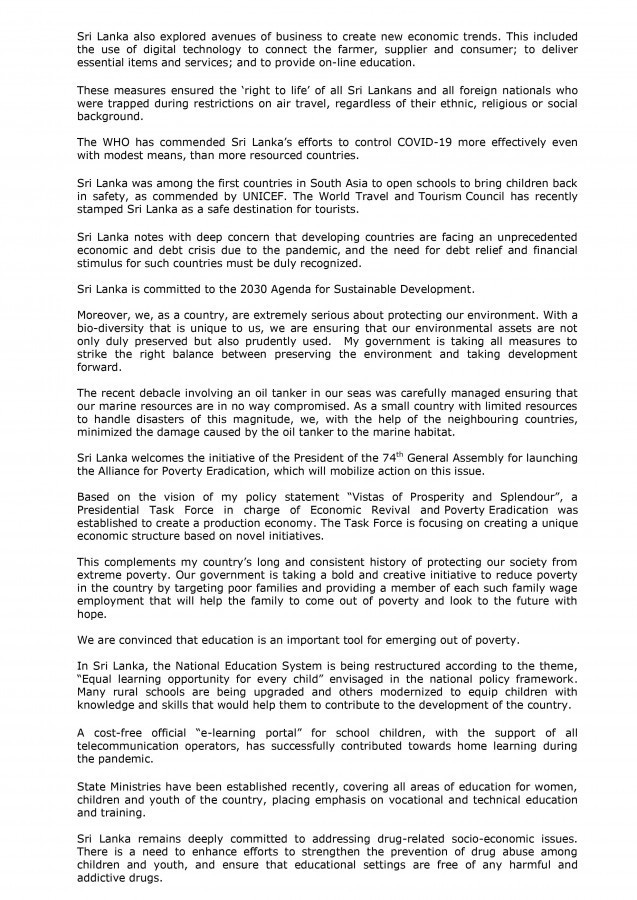 “Democratically elected governments of nations understand the pulse and needs of their people the best. It is the responsibility of the UN to assist and support processes of such elected Governments to bring about sustainable solutions for needs of their people” President Gotabaya Rajapaksa said in  pre-recorded address to the General Debate of the 75th General Assembly on the United Nations today (23).

Sri Lanka is committed to follow a neutral foreign policy with no affiliations to any particular country or power bloc, President reiterated.

The annual session of the General Assembly commenced at the UN Headquarters in New York at 9.00 pm in Sri Lanka Time yesterday (22) using video conferencing technology.

This year’s General Session will be held under the theme of “The Future We Want, the UN We Need: Reaffirming Our Collective Commitment to Multilateralism”.

President Rajapaksa joined the Session around 4.45am local time.

Emphasizing that Sri Lanka remains deeply committed to addressing drug-related socio-economic issues President pointed out the need to enhance efforts to strengthen the prevention of drug abuse among children and youth, and ensure that educational settings are free of any harmful and addictive drugs.

Sri Lanka is extremely concerned about the increasing sophistication of the transnational criminal groups engaged in illicit manufacture and trafficking of drugs.

In order to address this, a Presidential Task Force was appointed to eradicate the drug menace, and to create a safer and a more secure country.  Since its establishment, it has produced commendable results.

Sri Lanka, having experienced separatism and terrorism for nearly three decades, condemns all terrorist acts in the strongest possible terms, be it domestic or international.

In spite of its elimination from the Sri Lankan soil, the international network of this terrorist outfit remains, pushing its ruthless ideology and influencing certain Capitals to spread its baseless lies and propaganda, President pointed out.

We are hopeful that no State will tolerate activities of this international network which continues to espouse and propagate violent ideology under different guises and manifestations.

“The WHO now must seek to facilitate universal access to a COVID-19 vaccine, once developed, which should be designated as a basic public good and be affordable and obtainable by all, the Sri Lankan leader said.