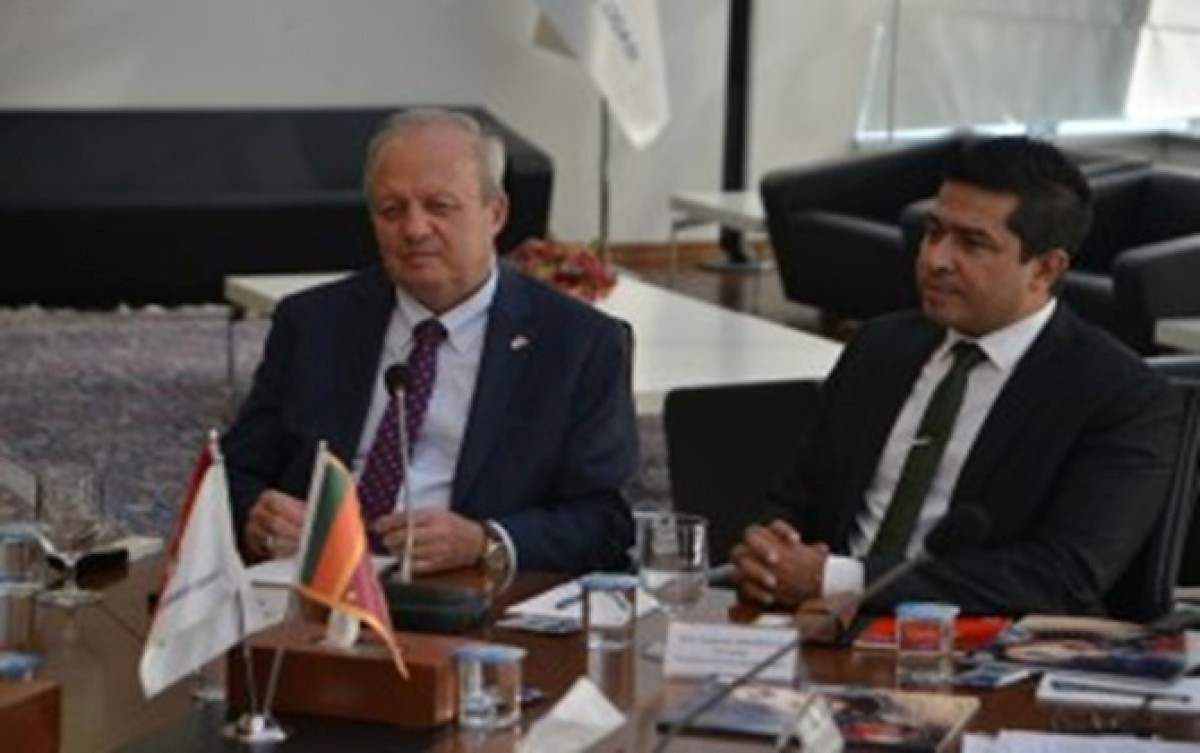 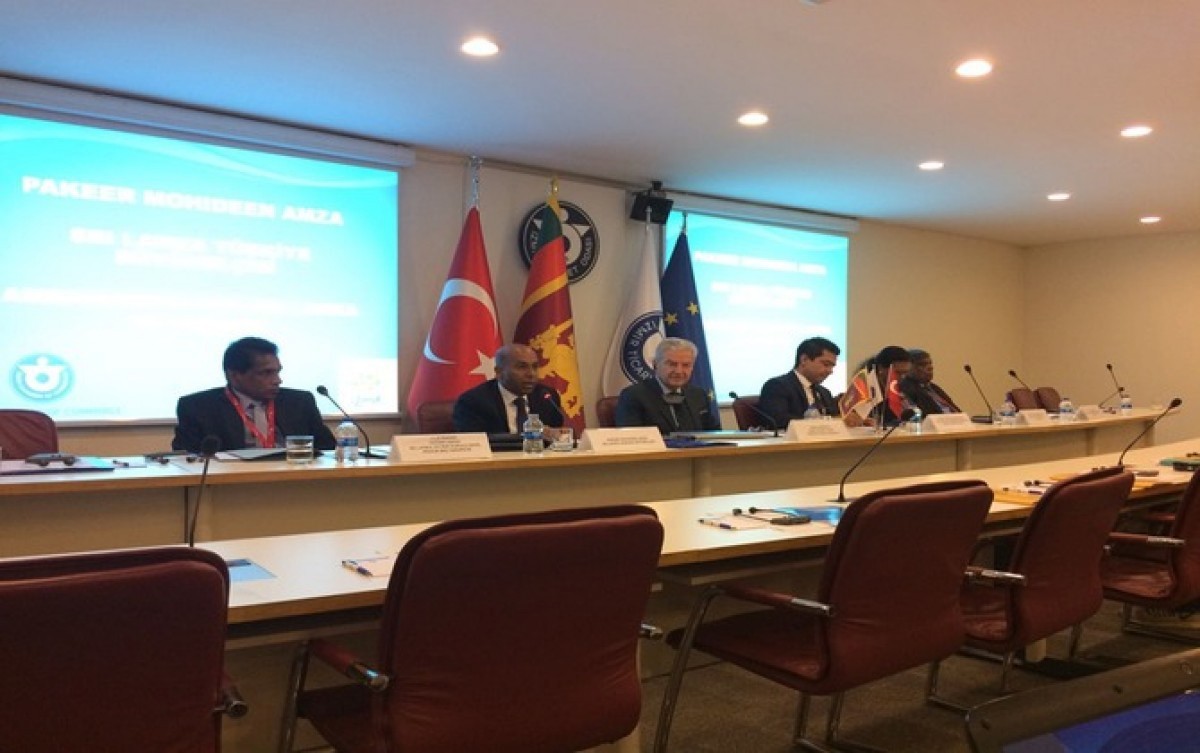 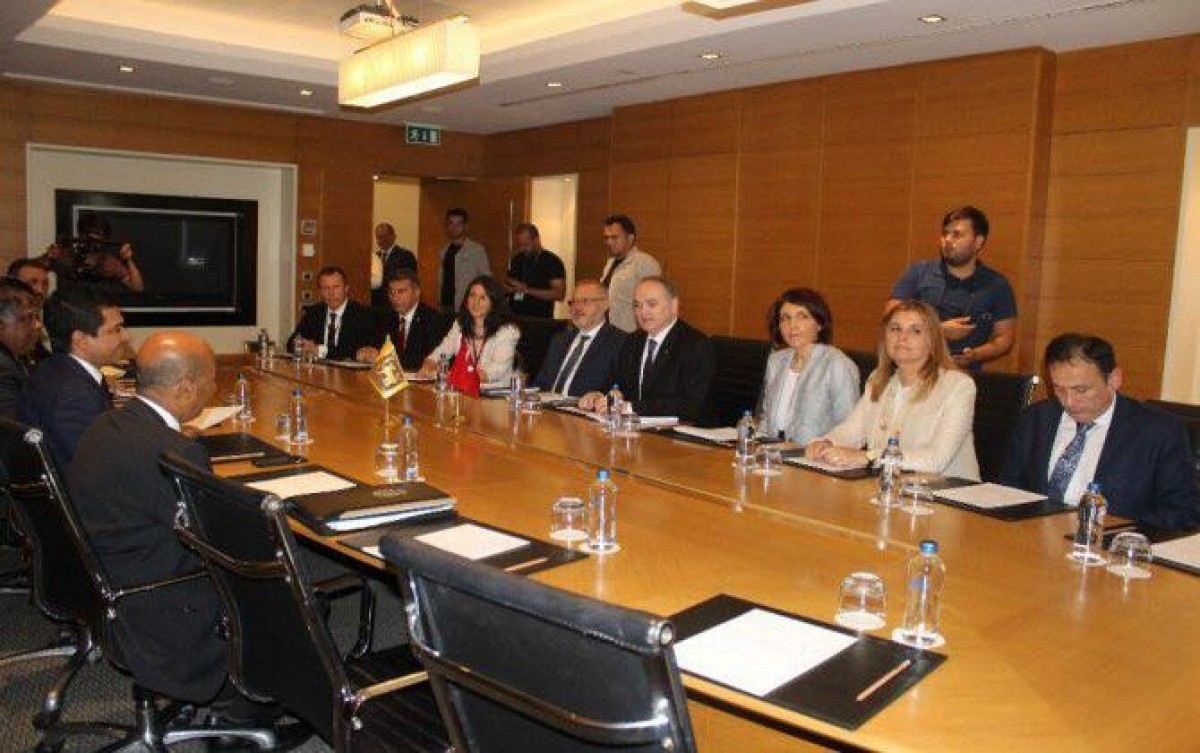 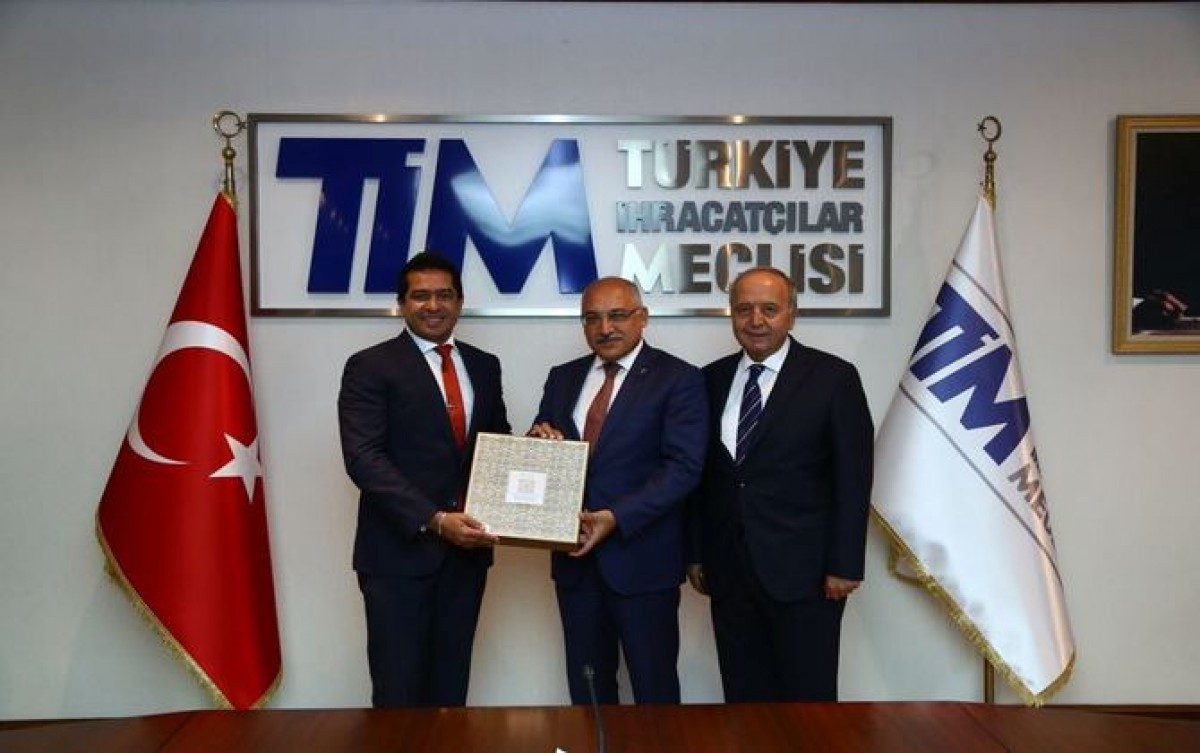 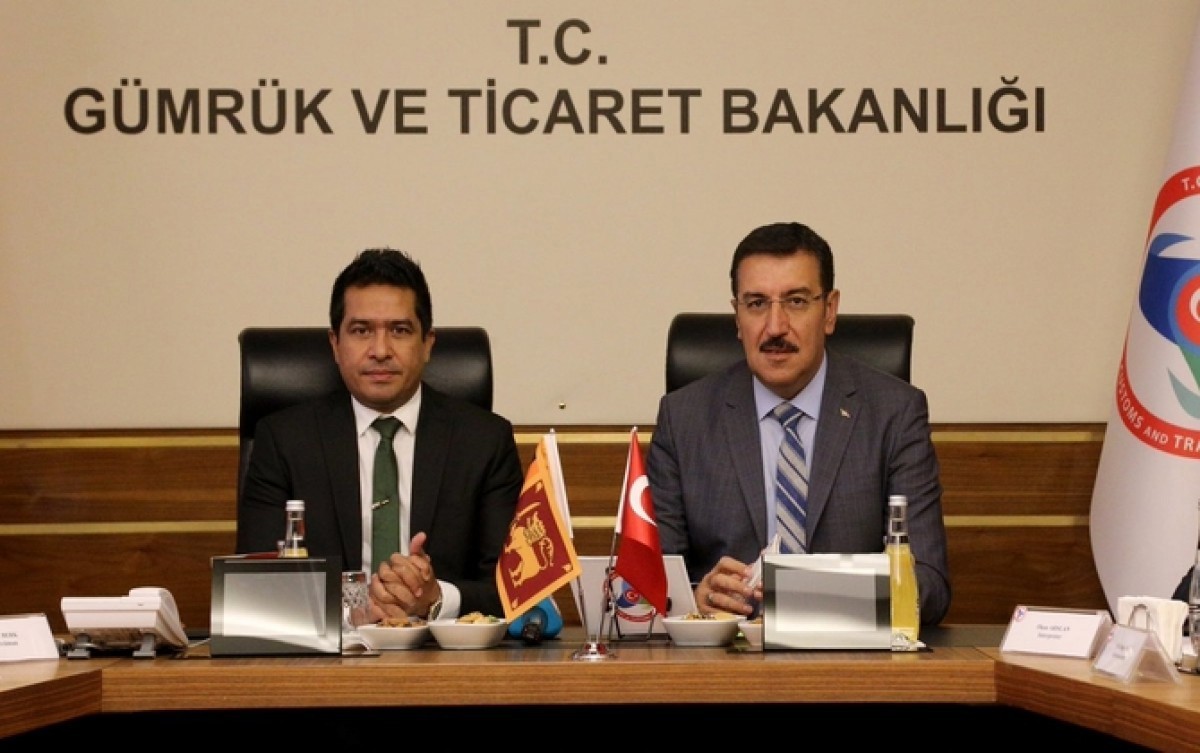 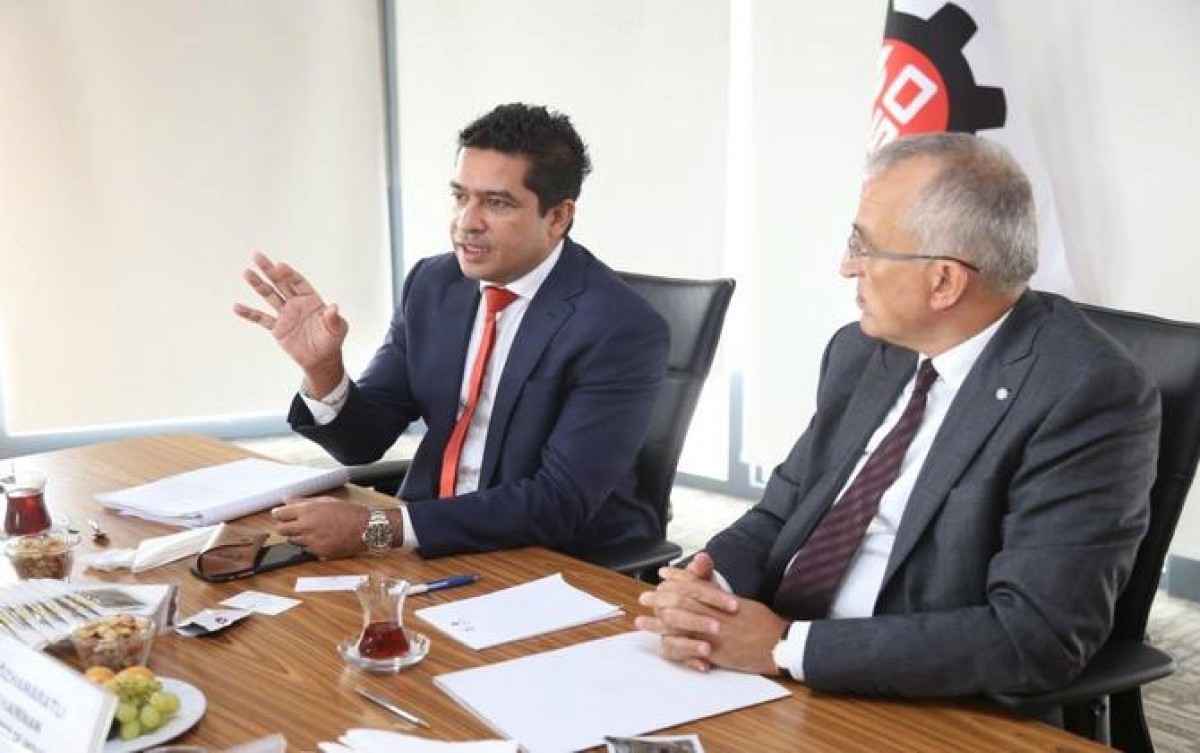 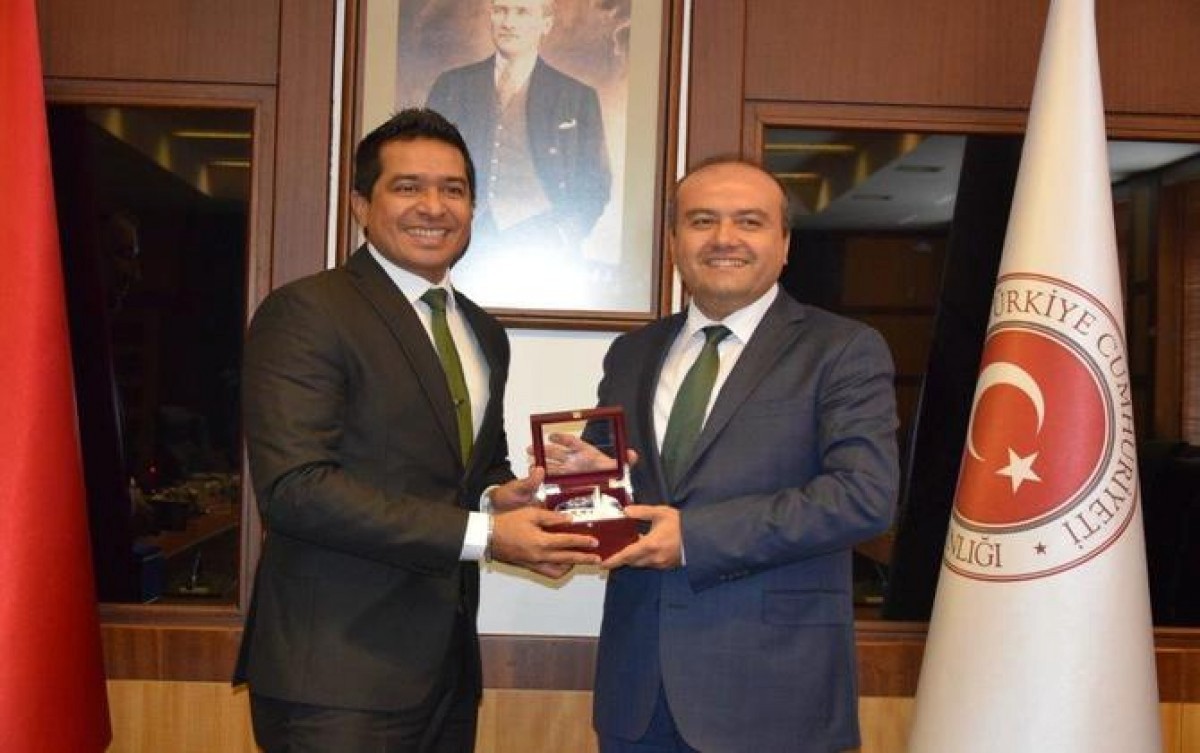 Hon. Sujeewa Senasinghe, State Minister of International Trade of Sri Lanka undertook an official visit to Turkey from 13th to 19th August, 2017. The visit of the State Minister consisted of three different and important sectors.  Ankara being the administrative capital of Turkey the first sector of the visit was held there followed by the meetings held in the country’s commercial hub Istanbul and then Izmir, where the Annual International Trade Fair is held every summer. Hon. Senasinghe was accompanied by the representatives from the Board of Investment of Sri Lanka, Export Development Board and the Joint Apparel Association Forum of Sri Lanka.(JAAFSL)

On 14 August 2017, Hon. State Minister and the delegation paid a courtesy call on the Minister of Trade and Customs of Turkey and also had a meeting with the Deputy Minister of Economy of Turkey and the senior officials of the Ministry. With the Turkish Ministers, Hon. Senasinghe highlighted the importance of further strengthening of existing trade relations between the two countries and the significance of realizing the set target of bilateral trade volume of 500 Million US $ by year 2020 as agreed by the both sides at the First Session of the Sri Lanka Turkey Joint Committee on Economic and Technical Cooperation which was held in November 2016 in Ankara. In this regard, he encouraged cooperation specially in the sectors of tea, textile and apparel, boat and yacht building and gems and jewellery. The Deputy Minister explained the initiatives taken by the government to implement a fast-track economic development in Sri Lanka. While inviting Turkey to invest in Sri Lanka , the State Minister emphasized on the fact that Sri Lanka could be used as a transit point to reach a huge customer base utilizing the benefits of free trade agreements Sri Lanka already has and will conclude in the near future with several countries.

The Minister of Customs and Trade of Turkey pledged Turkey’s commitment towards expanding bilateral trade relations with Sri Lanka. Hon. Senasinghe assured the Turkish side that Sri Lanka will soon complete the necessary prerequisites in respect of the proposed Agreement on Cooperation and Mutual Assistance in Customs Matters between Sri Lanka and Turkey, paving the way for conclusion of the said agreement at the earliest.

At the meeting with the Deputy Minister of Economy of Turkey  both sides agreed that early conclusion of the proposed agreements on Prevention of Double Taxation, Promotion and Protection of Investment and Mutual Assistance in Customs Matters is imperative in the drive for increasing of bilateral trade volume between the two countries. Hon. State Minister conveyed to the Turkish side that he will pay personal attention to expedite the process from the Sri Lankan side.  The Deputy Minister of Economy of Turkey conveyed that Turkey is ready for preliminary discussions on the Preferential Trade Agreement proposed by the Sri Lankan side. He further conveyed that Ministry of Economy of Turkey is arranging two delegations to visit Sri Lanka shortly as a part of the plan to increase trade relations between the two countries. One delegation would comprise representatives from the sectors of textiles, gems & jewellery and ship & yacht building while the other delegation will be of the contractors who are experienced in PPP projects.

In addition to the above two meetings, Hon. Minister and the accompanying delegates briefed the members of the Ankara Chamber of Industry on trading with and investing in Sri Lanka.

On 15 August 2017, Hon. State Minister accompanied by the delegation held extensive discussions with the Turkish Exporters Assembly  and the Istanbul Chamber of Industry.

Turkish Exporters Assembly (TIM) as the roof organization of the exporting firms around 67,000 continues its studies on legitimate basis as the professional organization of the firms involved in foreign trade. The meeting was co-chaired by Hon. Senasinghe and Mr. Mehmet Buyukeksi, Chairman of the Assembly. Hon. Deputy Minister promoted collaboration in the textile and apparel sector of Sri Lanka and Turkey on the premise that each could be a complementary-partner to the other and not a competitor.  The Chairman and the members of the assembly endorsing the same, expressed their enthusiasm for such collaboration by declaring that the assembly will organize a delegation representing this sector to visit Sri Lanka which they assured to schedule for early next year.

During the discussion held at the Istanbul Chamber of Industry, the members of the Chamber also conveyed their ready willingness to collaborate in the textile and apparel sector and one prospective investor declared that he will be visiting Sri Lanka next week in this regard.

Hon. State Minister also met with few potential investors from construction and hospitality sectors as well during his stay in Istanbul.

At the seminar “ Business and Investment Opportunities in Sri Lanka “ organised by the Izmir Chamber of Commerce in collaboration with the Ministry of Economy of Turkey and held on 18 August 2017, Hon. State Minister delivered the Key-note speech. The Ambassador of Sri Lanka to Turkey, representatives of BOI, EDB and JAAFSL also made speeches/presentations on the advantages and opportunities Sri Lanka could offer. During his speech the State Minister invited the investors to use Sri Lanka as a gateway to enter  larger markets of emerging world economies such as India and China utilizing the trade agreements Sri Lanka has with them or in the process of concluding shortly.

Hon. State Minister accompanied by the delegation, represented Sri Lanka at the Izmir International Trade Fair -2017. On the side-lines of the Trade Fair, the State Minister paid a courtesy call on  His Excellency Dr.Faruk ÖZLÜ, Minister of Industry, Science and Technology of Turkey. During the discussion Hon. Senasinghe explained that Sri Lanka will soon become a manufacturing hub with 20,000 acres of Industrial Parks. He also detailed on the political and economic stability prevailing in Sri Lanka and policies introduced by the unity government to fast-track sustainable economic development of the country.

The Turkish Minister stated that he will encourage the Turkish investors to organize an industrial zone in Sri Lanka. While stating that Turkey has around 300 industrial zones established in the country, he conveyed that Turkey would be pleased to share their expertise with Sri Lanka in this regard. He also encouraged further collaboration in the sectors of SMEs, Scientific Technology and Metrology. The Minister of Industry of Turkey proposed a Memorandum of Understanding be signed between the two countries on collaboration in these three sectors. 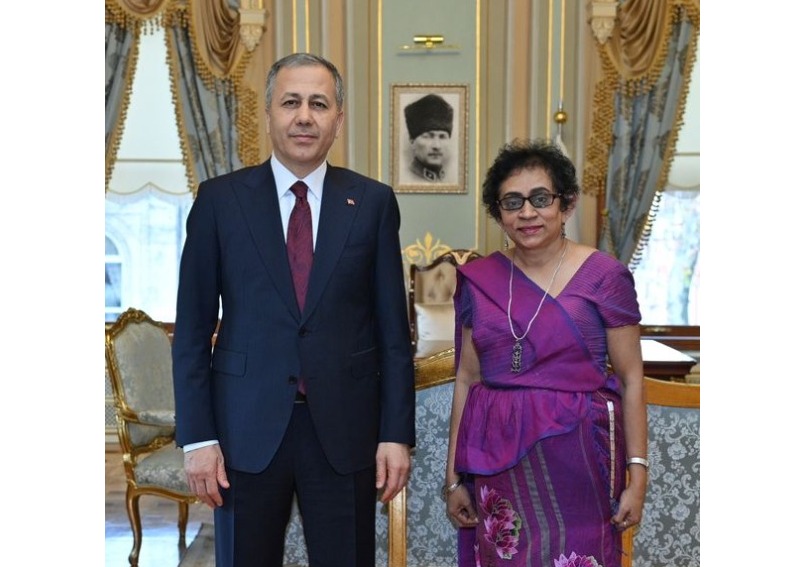